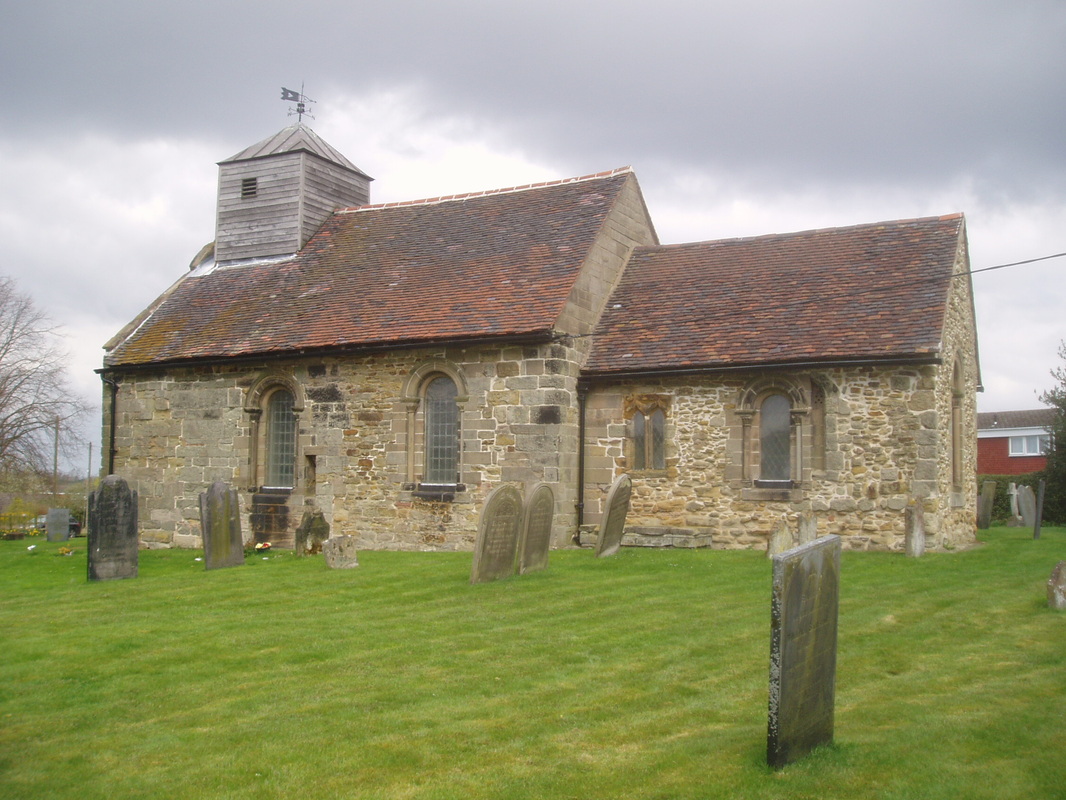 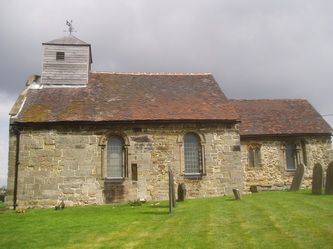 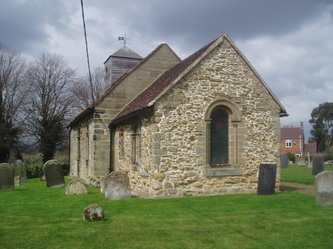 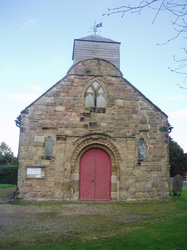 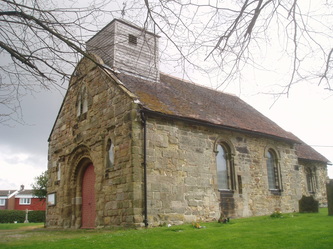 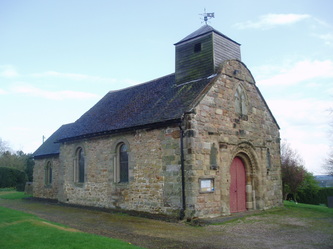 This was my first visit of the 'Warwickshire Five', that cluster of notoriously locked (but open for this particular day!) medieval churches in the northern tip of the county that I had neglected to visit for so long It was a welcome sight after a gruelling bike ride from Tamworth (where I'd failed to locate neighbouring Amington church) and up a hill to see this delightfully picturesque exercise in architectural humility awaiting me.
St Matthew's at Shuttington is the simplest and most  humble of this northern group of medieval churches, a tiny two cell building perched on a hillside with a plain wooden bellcote. The exterior shows much Norman work in most of the windows (and some blocked in remnants) and an impressive west doorway, also 12th century and believed to have been transferred from nearby (and otherwise completely vanished) Alvecote Priory. 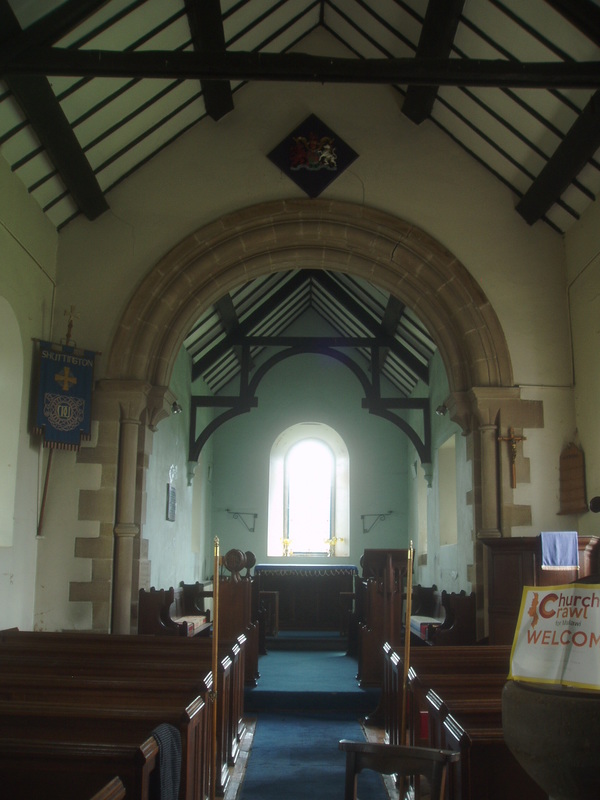 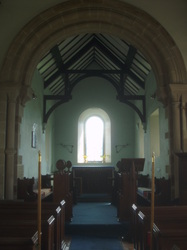 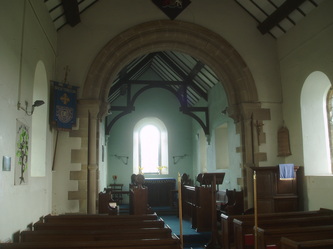 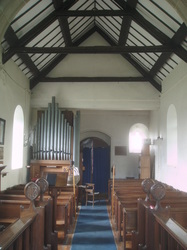 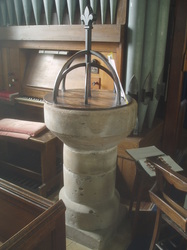 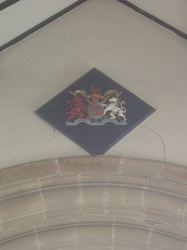 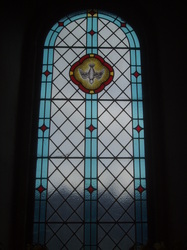 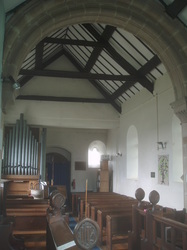 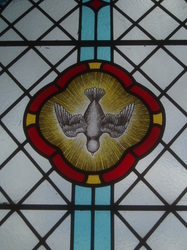 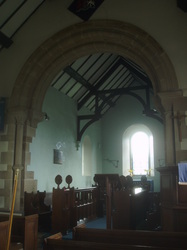 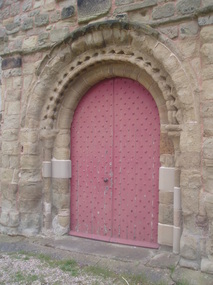 Given this archaeologically interesting exterior I  was expecting the interior to feel less Victorianised but it did have a slightly santised feel to it, although all was kept quite simple and without adornment  (the only stained glass is a Victorian dove in a medallion of the east window). A very intimate  space on a tiny scale, one wonders how they'd ever cope with a wedding!

Over the chancel arch is a late 18th / early19th century Royal Arms (not entirely sure here, too small and high up to see in detail) and the font is a plain tub on a cylindrical stem, probably of some antiquity but so devoid of detail (and likely reworked) it would be hard to say more.St Matthew's is a quick church to visit, but one of considerable charm nonetheless. The casual visitor is most likely to find it kept locked without keyholder information, though I will confess that I found the interior a little disappointing (chiefly enjoyable for it's intimate scale, like a church in miniature) and the exterior is the more rewarding part in my opinion, all quite humble but rather lovely too. The west front is especially attractive with the fine Romanesque doorway, a first sight revealed gradually, peeping from behind the houses as one approaches up the alleyway that leads to the church from the main road.