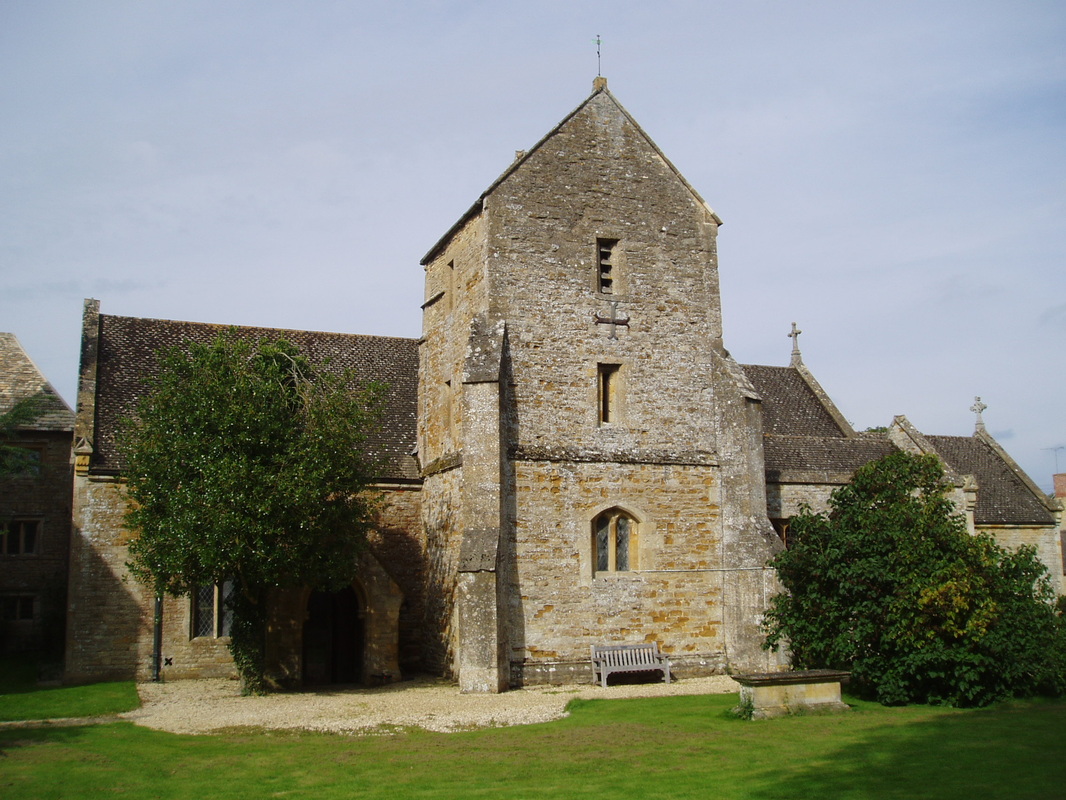 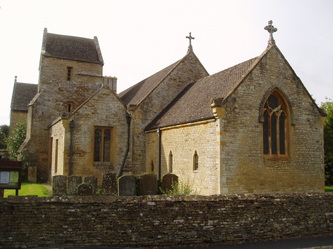 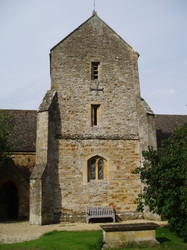 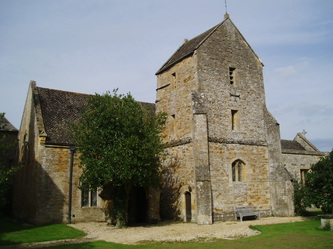 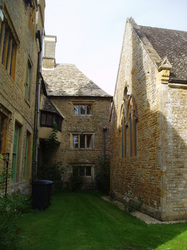 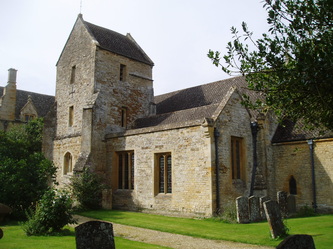 St Denys at Little Compton is the most southerly church in Warwickshire, sitting close to the Oxfordshire border (and actually within the Diocese of Oxford). It's distinguishing feature is the rustic saddle-backed south tower of 14th century date in beautiful Cotswold stone, however this is the only medieval part left following the rebuilding of nave and chancel in 1863-4. It's west end sits check by jowl with neighbouring houses, and one feels close to trespassing on someone's front lawn in this corner of the churchyard! 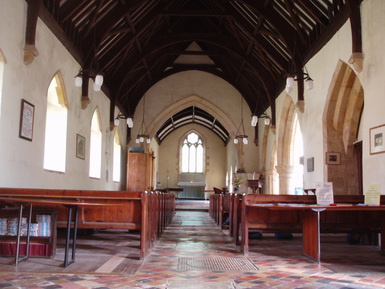 Inside the church feels very much Victorian, though the old and extremely plain round font remains. The east window is a rich pattern of biblical text and flowers whilst immediately next to it in the south chancel window is a small poignant patchwork of fragments brought back from a French church ruined in the First World War (all 19th century except an intriguing late 16th century-looking figure). The reredos below the east window is an attractive Arts & Crafts metal relief panel featuring the Holy Dove over wheat and vine.

The south aisle/chapel is a pleasant, light space containing two postwar windows by Hugh Easton, featuring historical figures and vignettes along with a Crucifixion. The historical scenes relate to BBishop William Juxon, deposed as Bishop of London during the Civil War and the priest who accompanied Charles I at his execution. During the War he lived at the Manor adjoining the church, and was made Archbishop of Canterbury by Charles II at the Restoration in 1660. 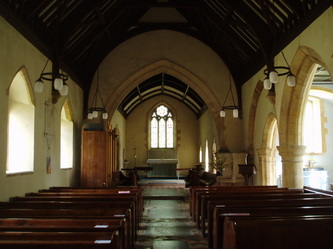 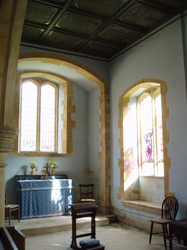 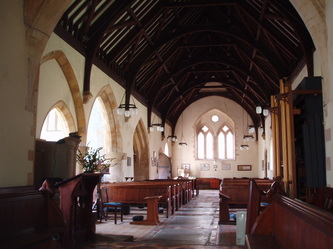 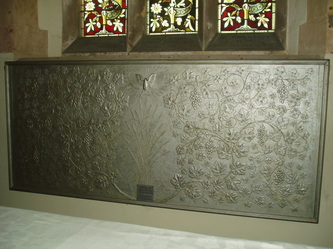 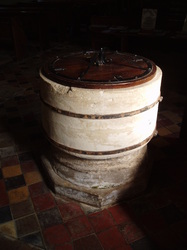 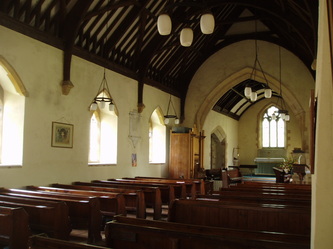 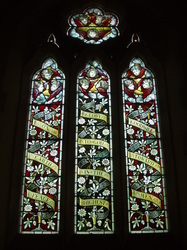 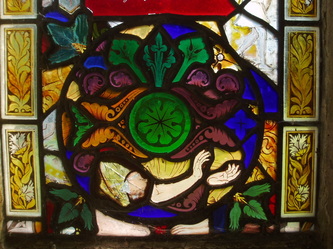 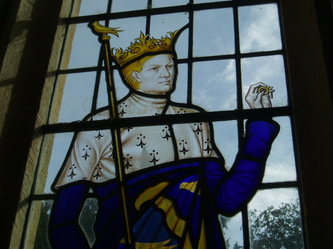 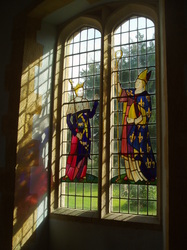 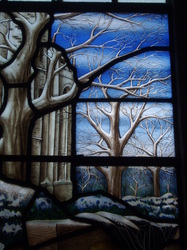 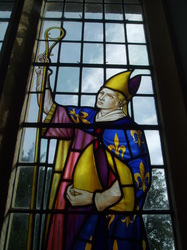 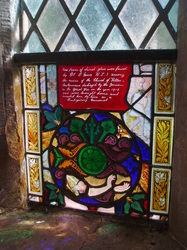 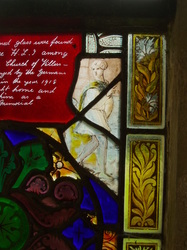 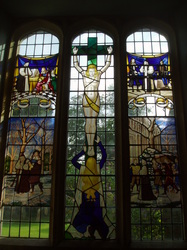 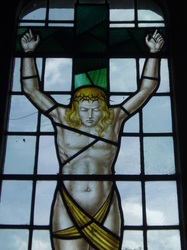 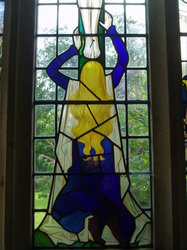 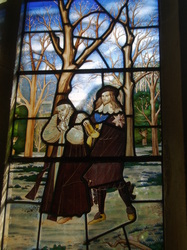 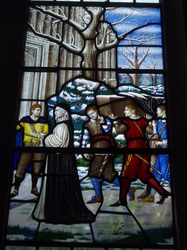 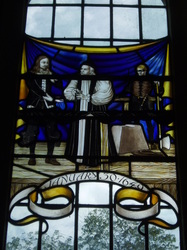 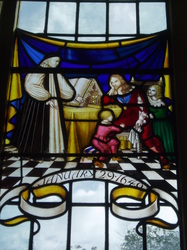 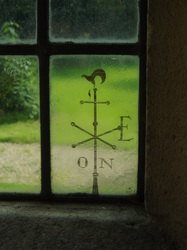 In all this is a church which doesn't require long to visit but despite the lack of much of antiquity beyond the tower it has a pleasant atmosphere and some rather fetching glass. Happily this church, like so many nearby in the Cotswolds, is normally kept open and welcoming to visitors.