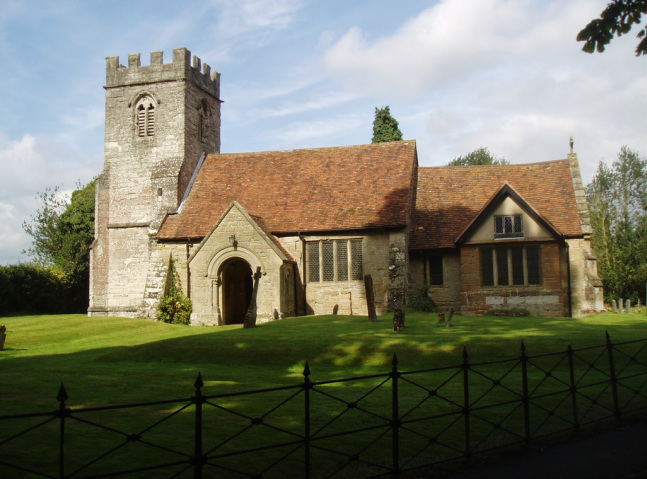 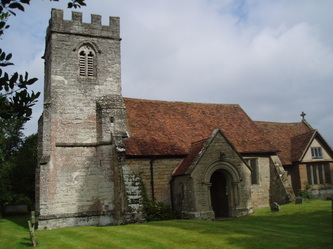 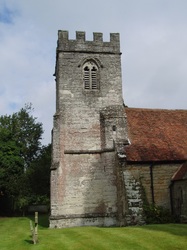 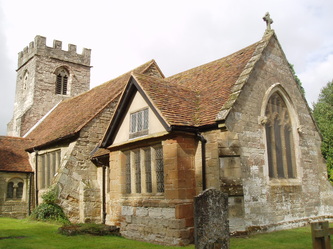 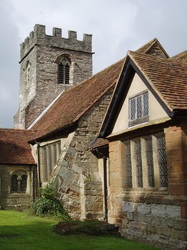 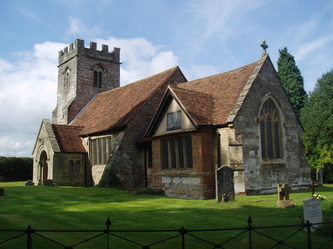 This delightful building is one of Warwickshire's smallest parish churches and stands in a somewhat isolated but picturesquely rural location a couple of miles west of Warwick. Haseley church is actually only a short distance from it's larger (but more restored) neighbour at Hatton, and the parishes are joined. Both churches are sadly normally kept locked, so after a previous defeat here I came again on an open day as part of Heritage Weekend in 2013 and was suitably impressed by this intimate church and the warm welcome I was given by the parishoners I met there.

The church stands in a beautiful churchyard overshadowed by large trees and with only the grand Old Vicarage next door for company. One of the church's chief attractions is the fact it has been so little restored, it's simple nave and chancel retaining their plain mullioned windows (that appear to be Tudor or later alterations to admit more light), features that Victorian restorers were usually rather keen to 'correct'. Of the Victorian period the neo-Norman south porch is the most obvious addition, though the chancel's east wall was also rebuilt at this time, extended outwards by a couple of feet 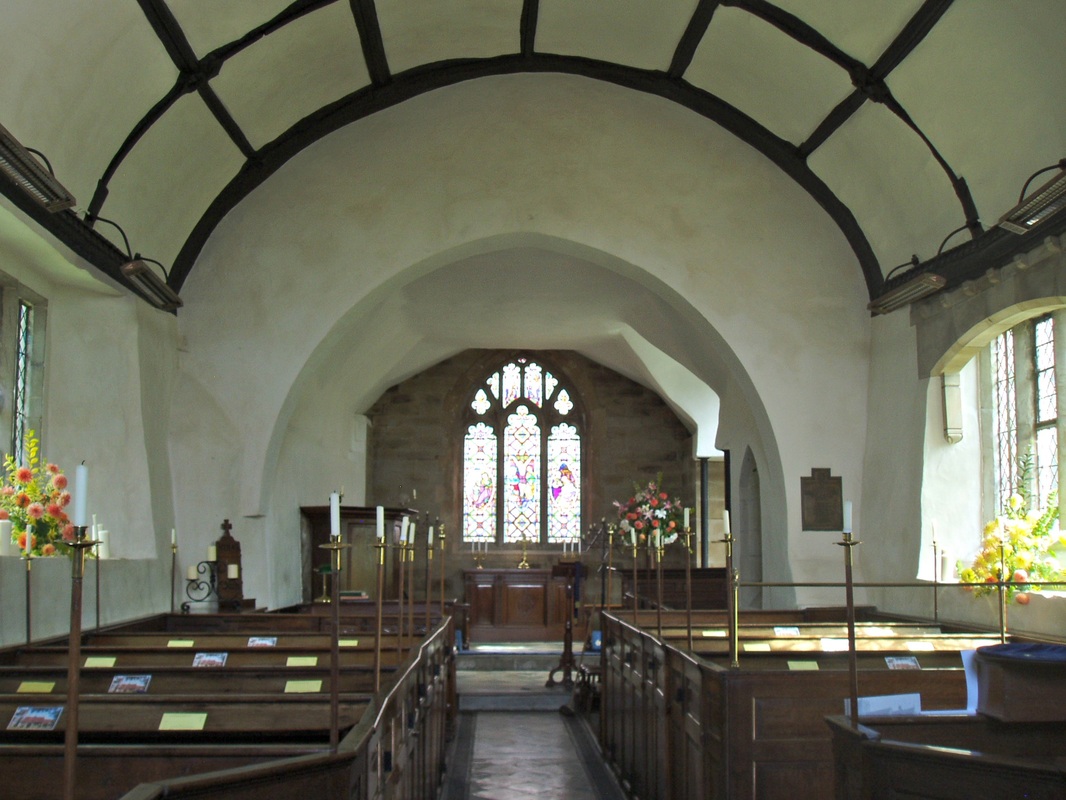