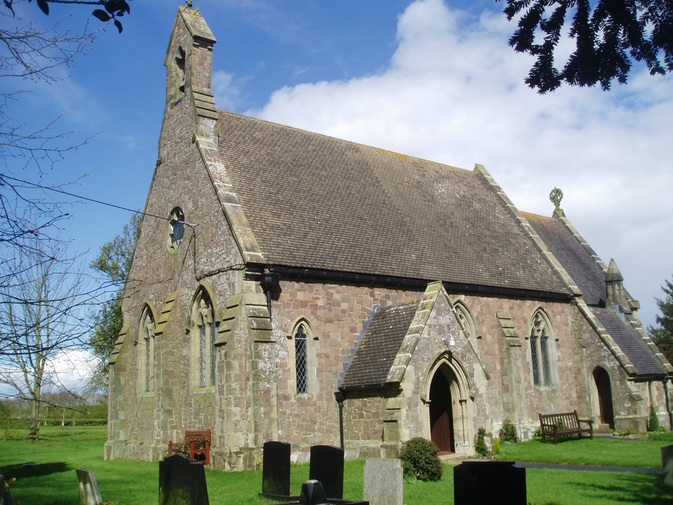 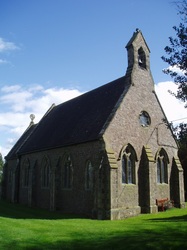 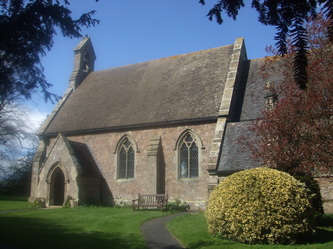 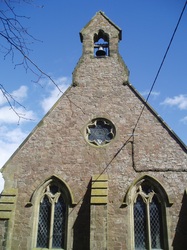 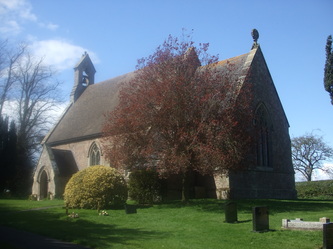 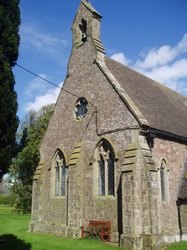 There was no medieval building at Copston Magna (a tiny village close to Watling Street / the A5), the present Victorian church is the first and only one to occupy this site, apparently it was built in 1849 by two sisters of the Earl of Denbigh, who cedided after his conversion to Catholicism  that  they needed a new church as they could no longer bear to worship in the same building! 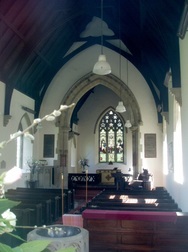 All Saints at Copston Magna is a simple two cell Victorian building with a bellcote. I wasn't surprised to find it locked with no keyholder information, but as it didn't look too exciting I contented myself with standing on a bench at the west end to get the camera against one of the windows for some just about passable internal views.

The interior appears to be all of a piece, I could see the font and stained glass in the east window, which looks like the work of the studio of Lavers & Barraud and represents Christ's Nativity, Crucifixion and Entombment. The chancel roof appears to be borne on two large angel corbels. 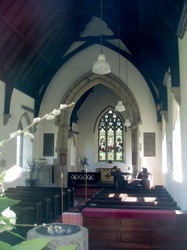 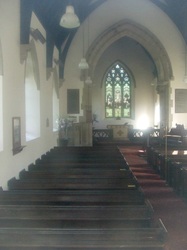 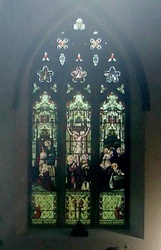 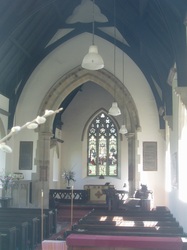 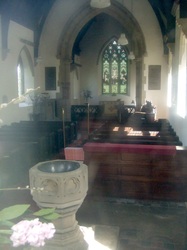 It was a shame not to have been able to get inside here, but at least I was able to leave with a sense of what the interior was like, and it didn't seem like I missed a great deal, the furnishings looking quite ordinary and only one window containing any stained glass.

All Saints is an attractive little Victorian church, but anyone hoping to see inside had best make prior arrangements as it is kept locked with no keyholder listed.