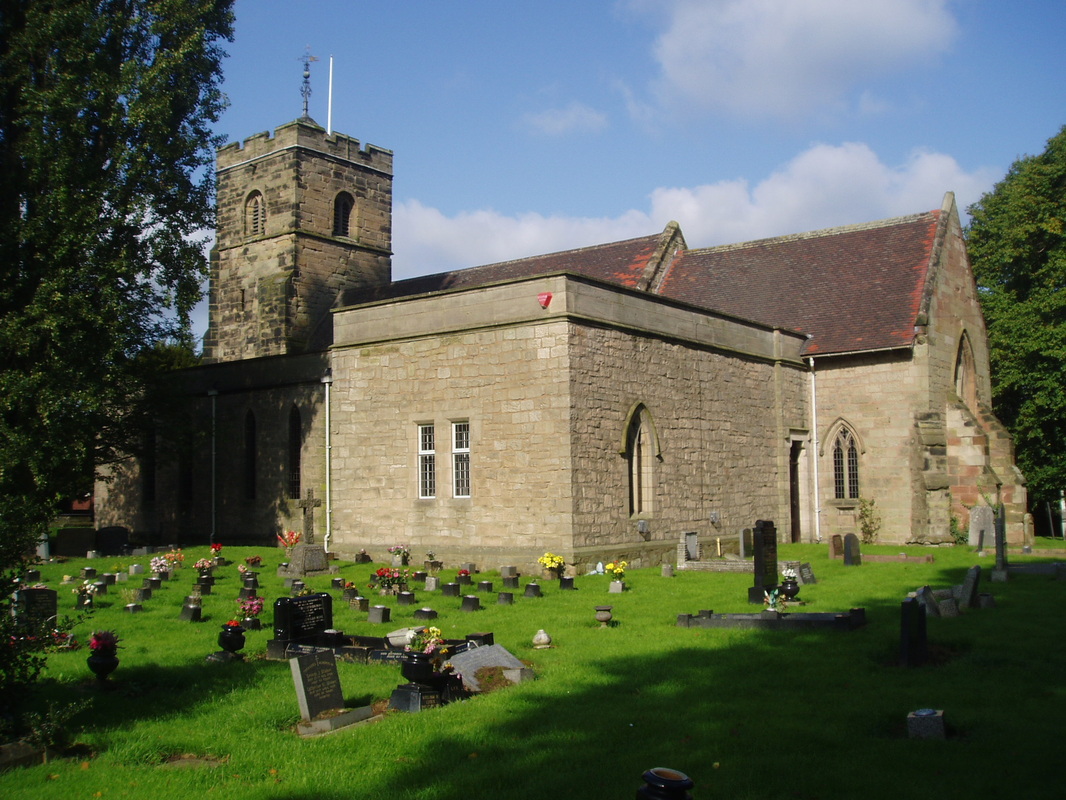 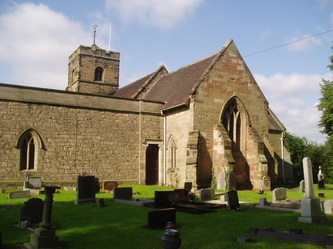 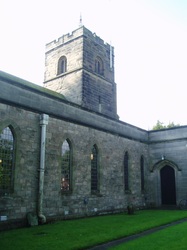 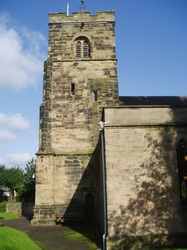 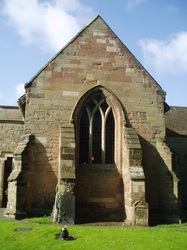 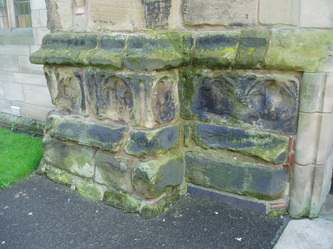 All Saints church in Chilvers Coton (now a suburb, close to the centre of
Nuneaton) suffered a direct hit during an air raid in 1941 and was largely
demolished, leaving just the late medieval tower and fourteenth century chancel
standing.


After the War the old tower and shallow chancel were retained in the rebuilt
church, which now boasts a new nave in 1950s gothic, which is largely successful
and blends surprisngly well with the older parts of the building. Much of the
rebuilding was done with the assisstance of former German prisoners of War in an
act of reconciliation.


Today the interior is light and airy, with it's spacious modern nave and
clear glazed windows (all the previous stained glass was lost in the bombing,
which sadly included some fourteenth century fragments in a chancel window)


The old church was best known for it's association with local novelist George
Eliot (Mary Ann Evans),  who was baptised here in 1819 and attended
services until the age of 21. 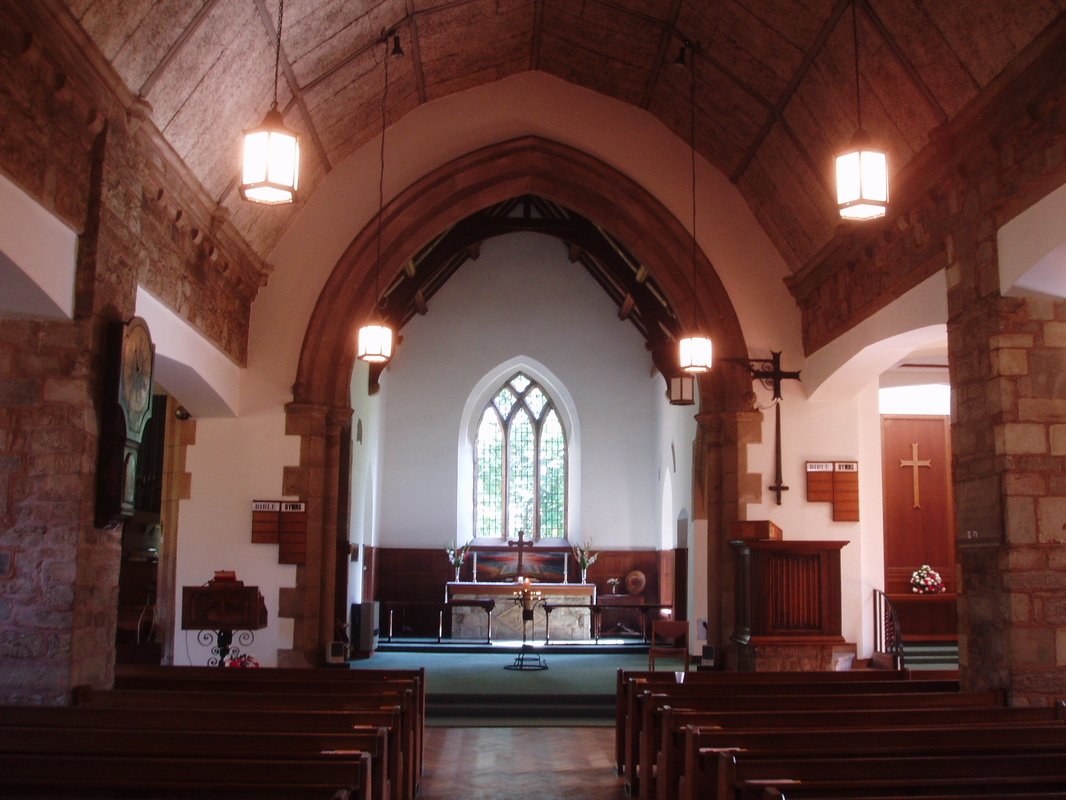