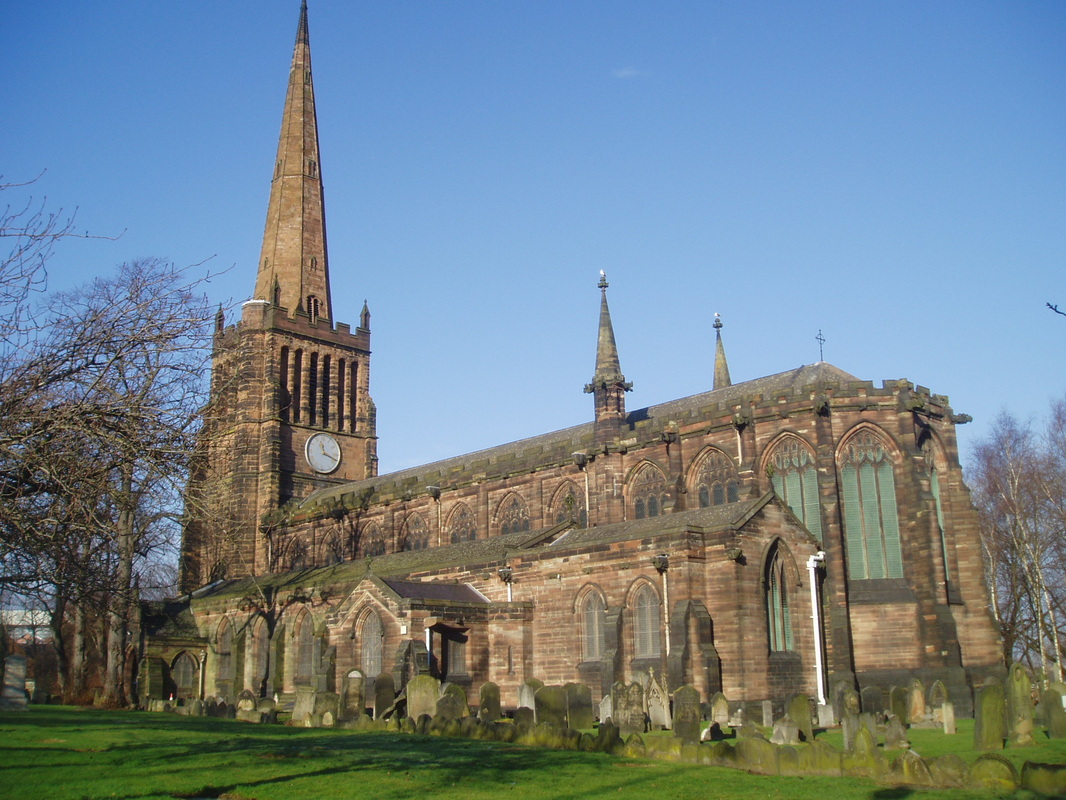 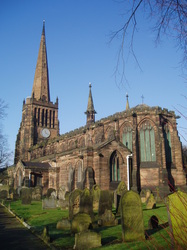 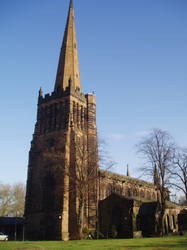 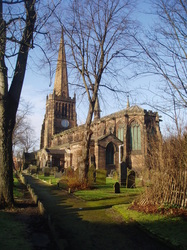 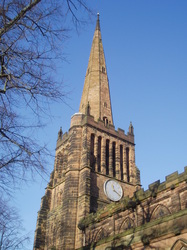 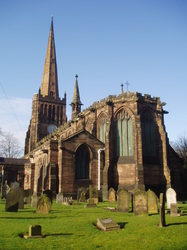 A familiar landmark in north Birmingham, Aston's parish church of SS Peter & Paul is also the most substantial piece of medieval architecture left anywhere near the city centre, or rather would have been had it not been so completely rebuilt in 1879-90 by J.A.Chatwin (whose work seems synonymous with Birmingham's older churches!), leaving just the 14th century west tower and spire. It is nonetheless a splendid sight in this otherwise not too glamourous area, and Chatwin's work is a solid exercise in neo-Perpendicular, adorned with much fine carved detail and an apse reminiscent of old St Michael's in Coventry. 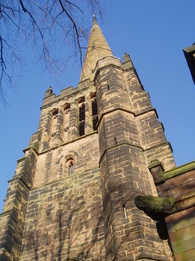 The interior is most impressive, somewhat dark but richly decorated, with a mixed bag of Victorian glass (Hardman's in the apse, where I was shown the pink giraffe!) and very much of it's time, all under a fine hammerbeam roof, more elaborate over the chancel, as is the stonework generally with dramatic cusped ogee arches providing a setting for some of the many tombs. There are several good medieval monuments with effigies, mostly to the Holte family and the bulk concentrated in the Erdington Chapel on the south side. None are of the highest quality or best condition, but a worthy collection nevertheless. The largest monument is the 1620s Devereux tomb with it's canopy but rather difficult to see in it's somewhat blackened state in a dark corner. There are also many Baroque and later wall tablets adorned with putti etc distributed throughout the aisles.

What would have been the most important piece of stained glass is currently stored in a crate in the north aisle, it is a large single-arched composition by Francis Eginton from 1798 with a female figure ascending to Heaven. It had been originally installed in the Erdington Chapel, but relocated in the Victorian rebuilding and hidden behind the organ for years, until more recently being removed following vandal damage. The church has no funds to restore it with and no space to put it in, but it is clearly an important work that needs to be back on display somewhere, perhaps the City Museum & Art Gallery, since they have an extensive stained glass display?

I'd been intending to visit this church for some time, but had heard it was rather difficult to get inside. I'd phoned the parish office before I left home and a very helpful young lady answered and said it'd be no problem whilst she was around (till 12ish) so I broke my journey to Erdington and made the shortish walk from Aston railway station. After struggling to find which door to knock on she emerged and kindly escorted me through the offices into the church, and after a brief introduction left me to snap away by myself. I'm afraid I got a bit carried away and when nobody arrived at 12 to lock up I pushed my luck and carried on a bit longer, only to find the poor girl was waiting patiently around the corner! I apologised and should add how grateful we should be to such individuals who generously give their time for our enjoyment of the buildings in their care. 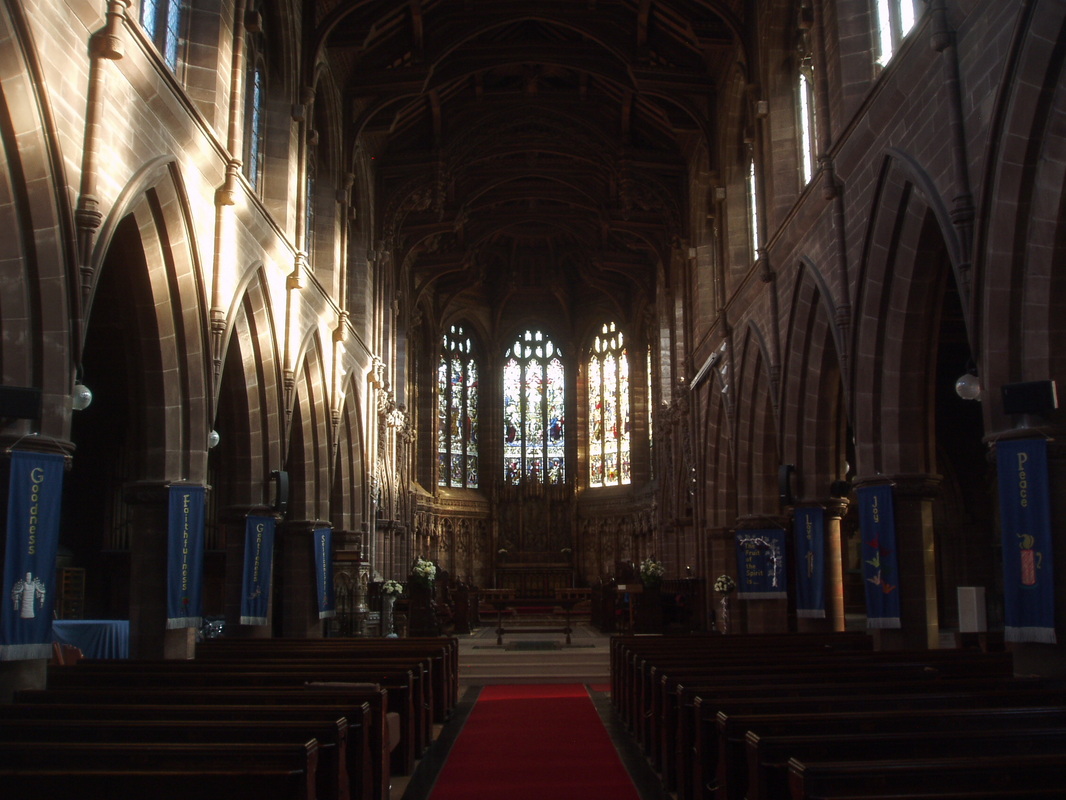 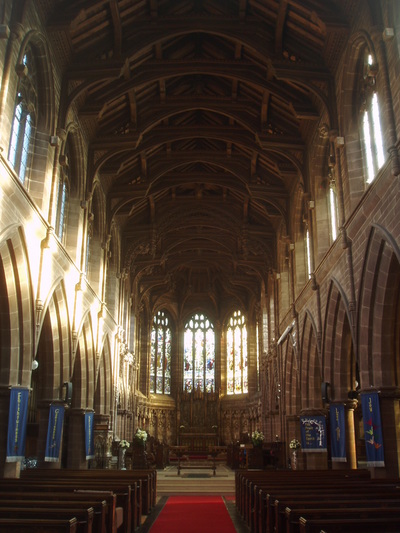 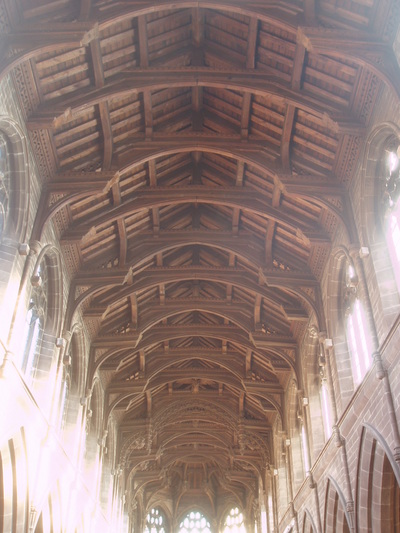 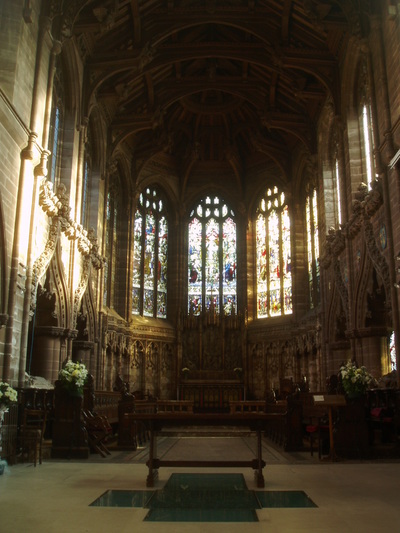 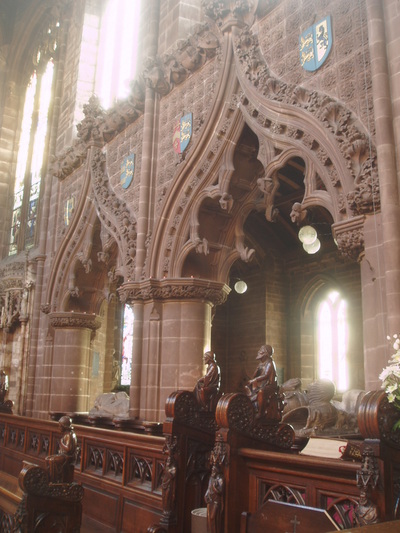 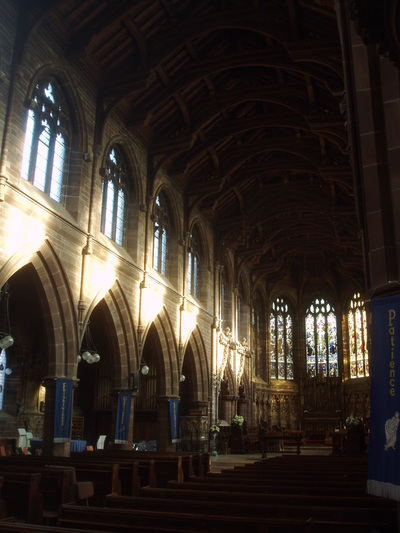 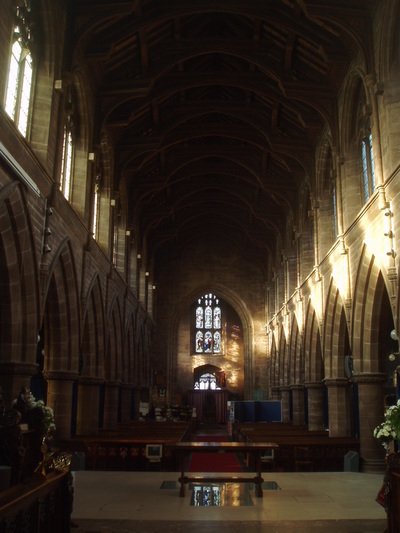 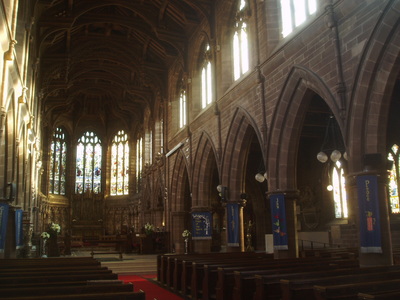 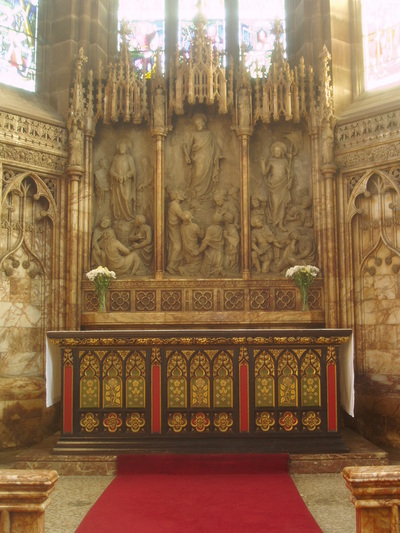 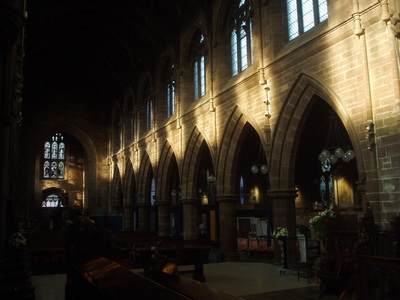 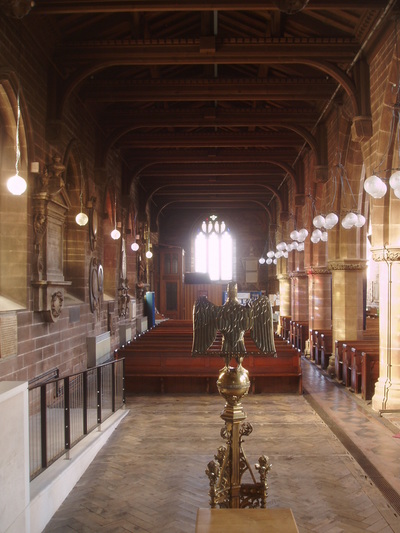 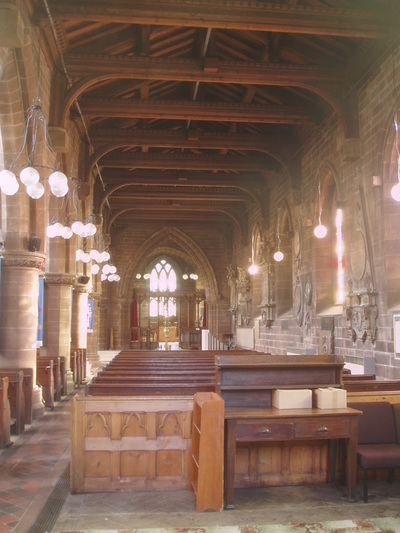 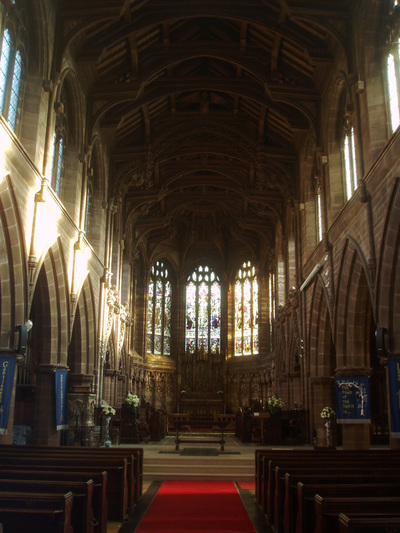 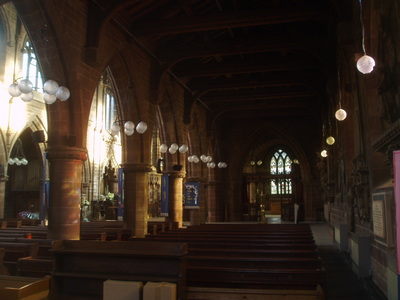 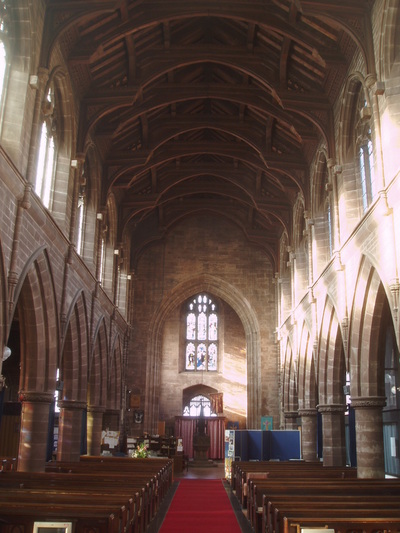 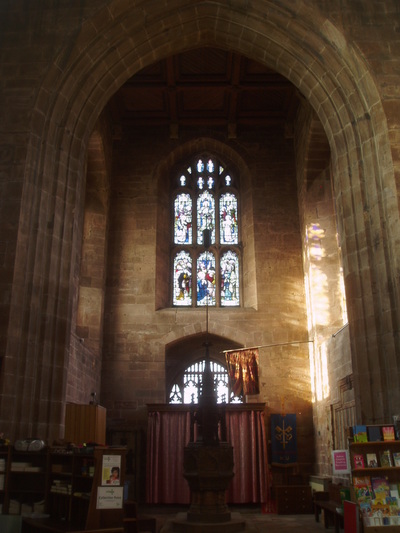