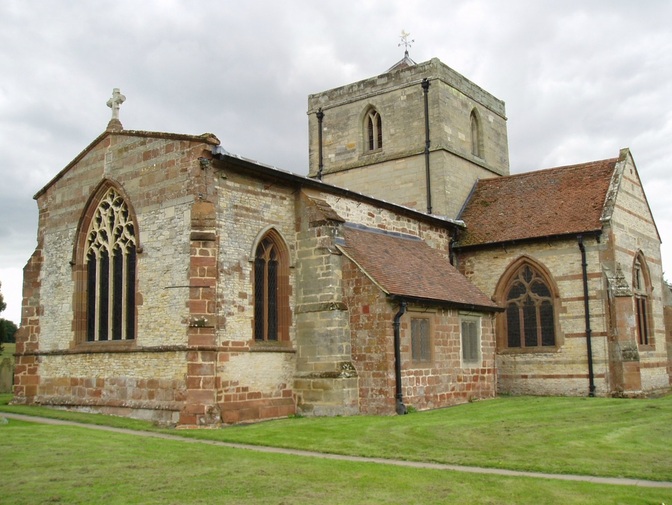 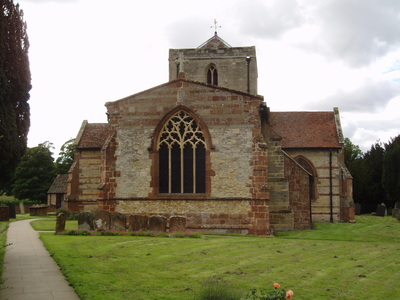 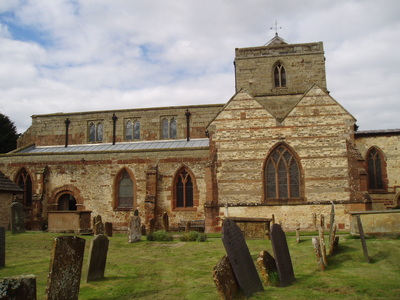 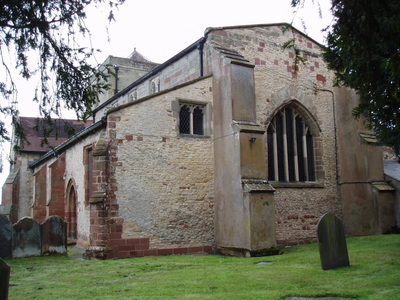 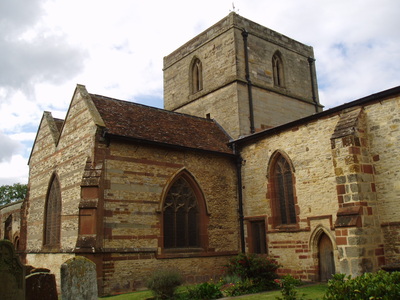 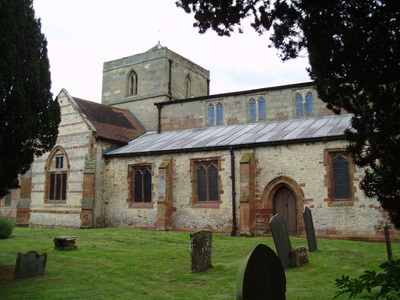 St Margaret's at Wolston is a fine cruciform village church close to Coventry with a squat central tower (a previous one fell c1760, taking the chancel roof with it) and a good Norman south doorway (moved when the church was expanded in the 14th century). I'd not been in since childhood and was keen for another look; it is open between 2-4pm on weekdays between Easter & the end of September, so this felt like a last chance!

The interior is light and spacious and dominated by the surviving Norman crossing arches (with some carved capitals). The font is a fine piece of rustic Decorated with small masks amidst the low relief canopies. The transepts are now screened off but still accessible, that on the south with fine cusped tomb recesses of c1300 sheltering very poorly preserved effigies (on the floor and difficult to see in the gloom). Opposite is an early 16th century monument whose brasses and inscriptions have long since vanished. In the chancel is an attractive sedilia and an unusually painted roof, dating from the 1760s after the fall of the tower. 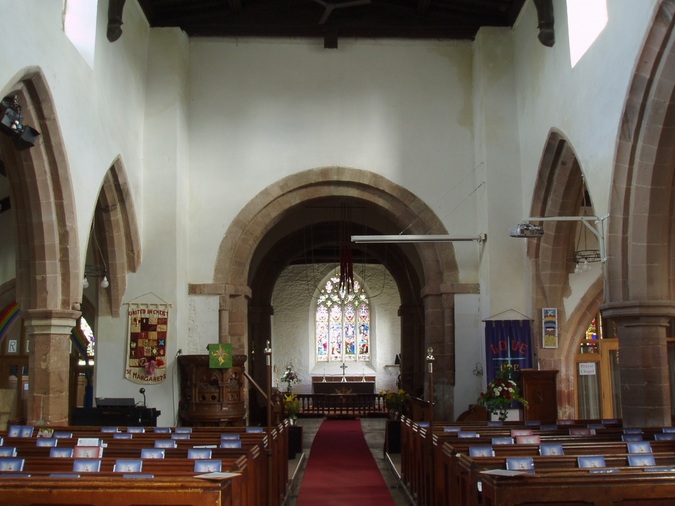 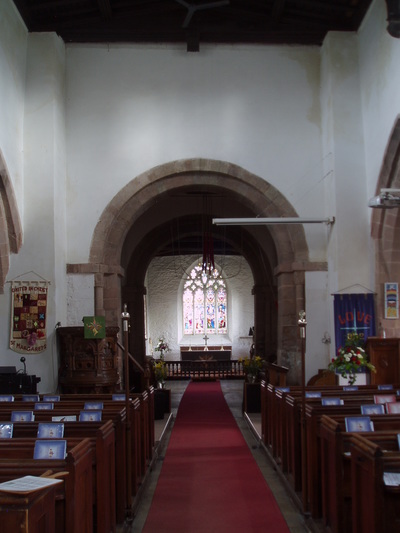 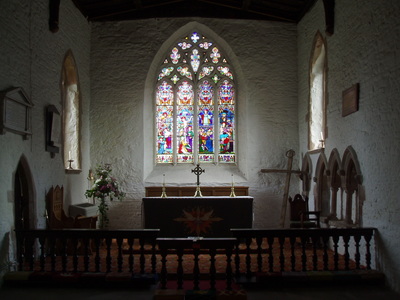 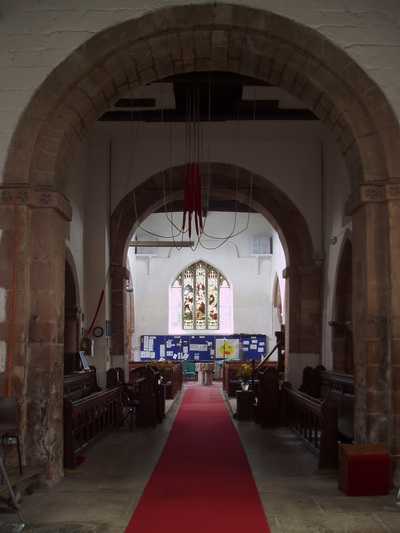 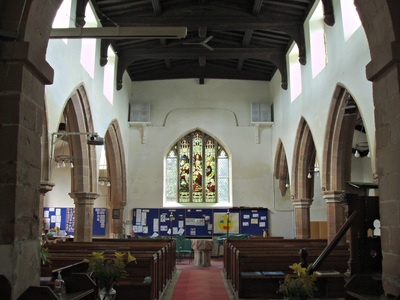 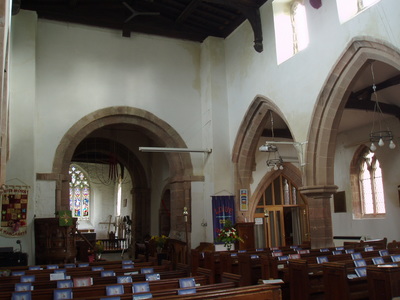 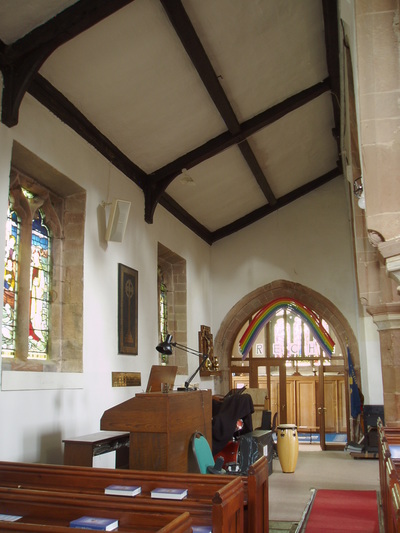 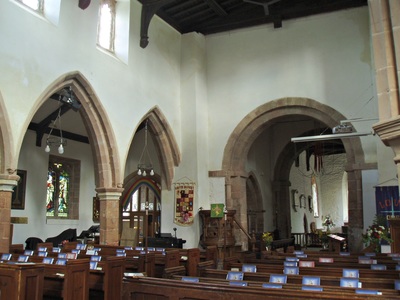 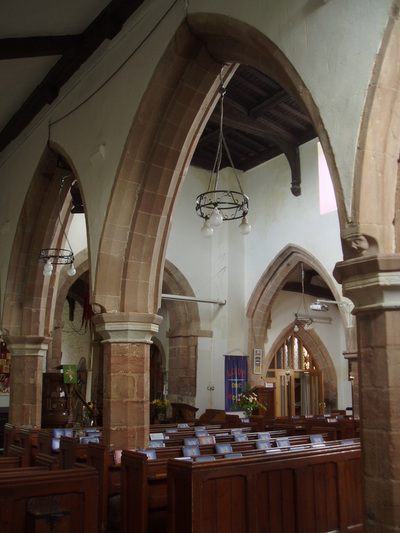 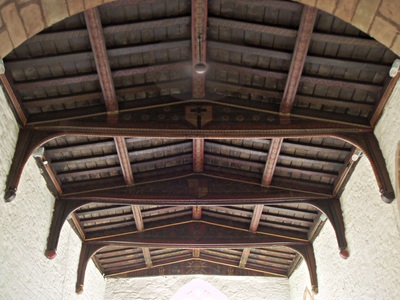 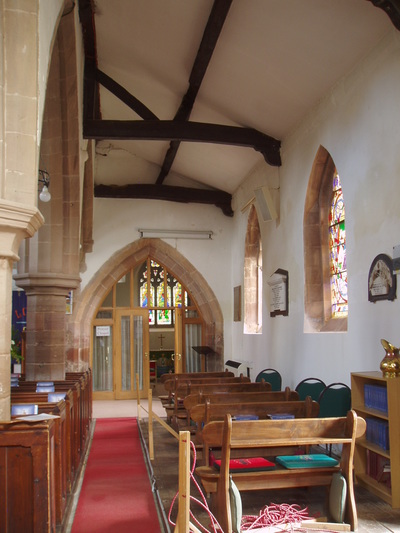