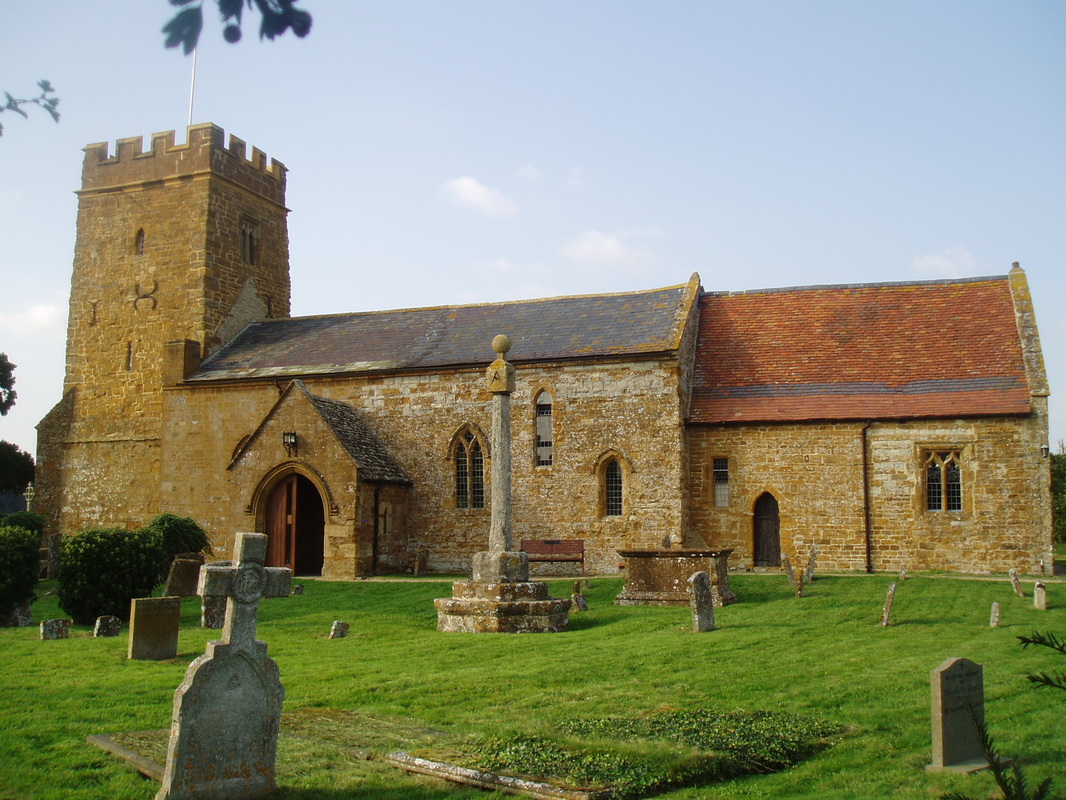 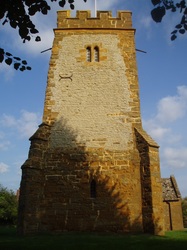 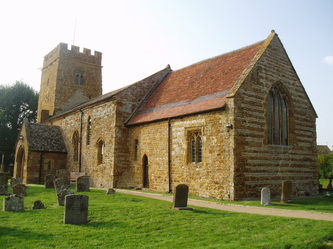 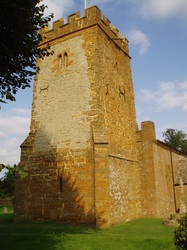 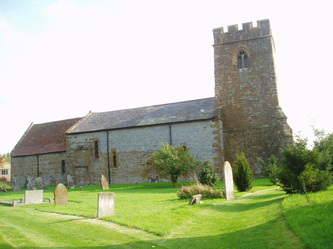 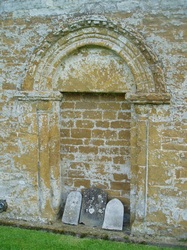 St Peter's at Whatcote has suffered some rather bad luck in the 20th century, considering its very rural, south Warwickshire village setting, as this church was actually a victim of World War II bombing, the result of a stray, surplus bomb chucked out by German airmen as they returned from raids over either Coventry or Birmingham; it hit the south side of the building in 1941.

The south west corner of the nave, most of the south porch and the nave roof were demolished, though fortunately the tower and chancel seemed to have escaped serious injury; Pevsner mistakenly says the east wall of chancel was rebuilt as a result of this damage, but this isn't borne out by the apparently medieval stonework there and the photograph in the church that shows how the war damage was concentrated at the west end.

Carefully reconstruction took place in the postwar period, so today this episode is hard to imagine. 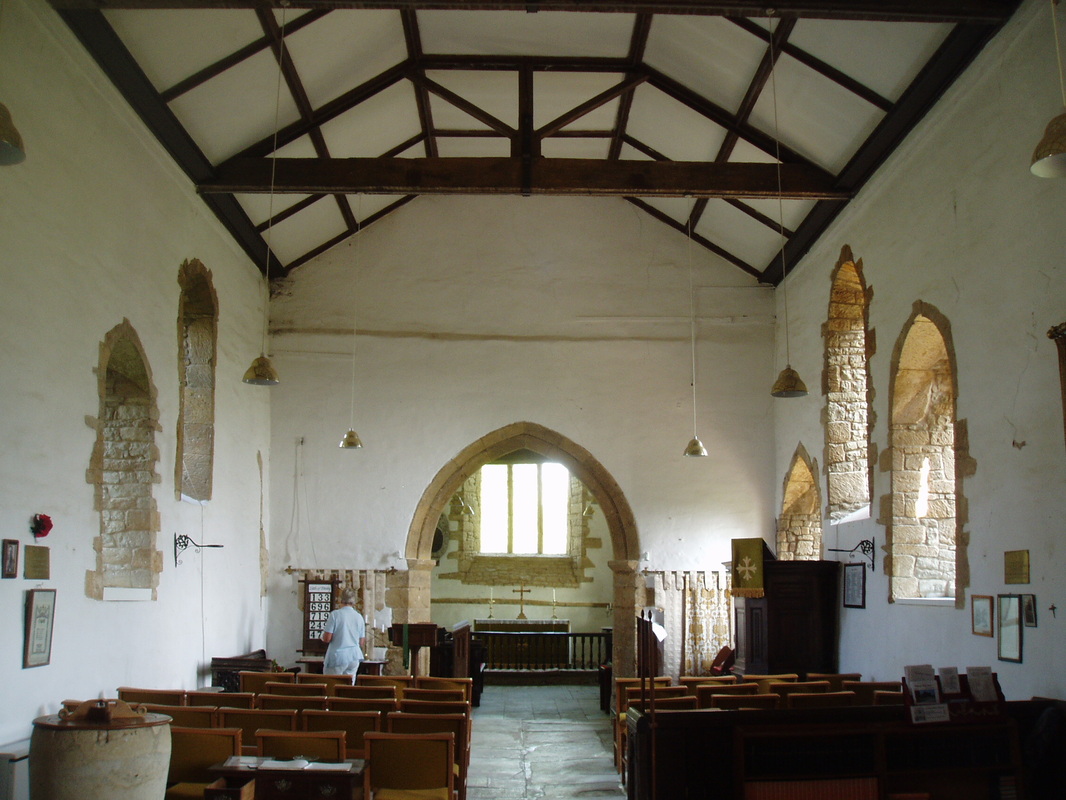 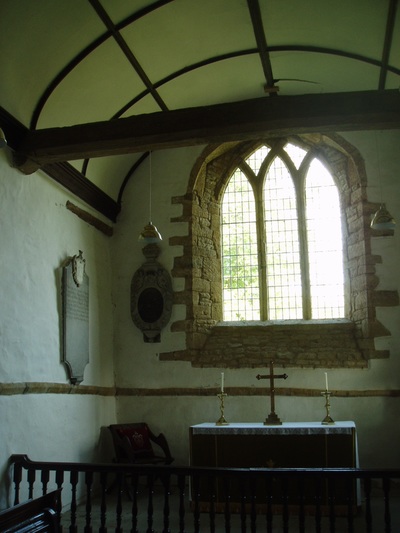 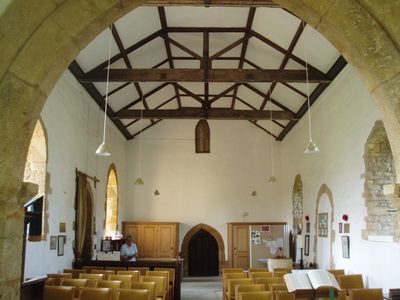 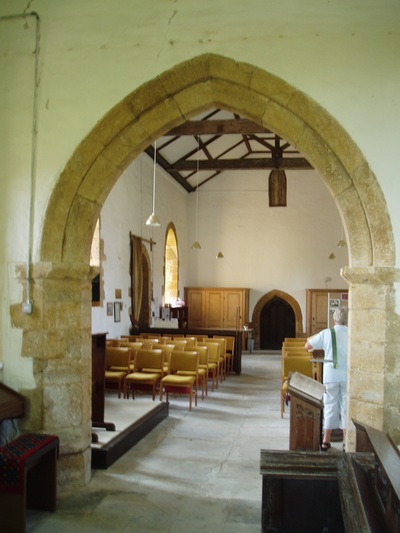 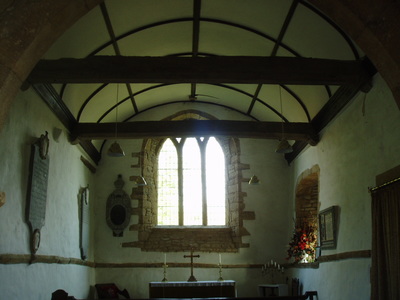 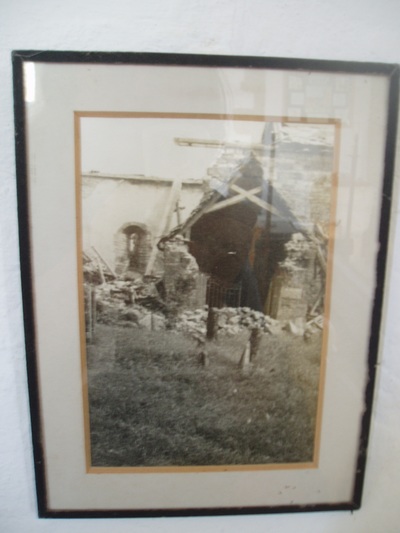