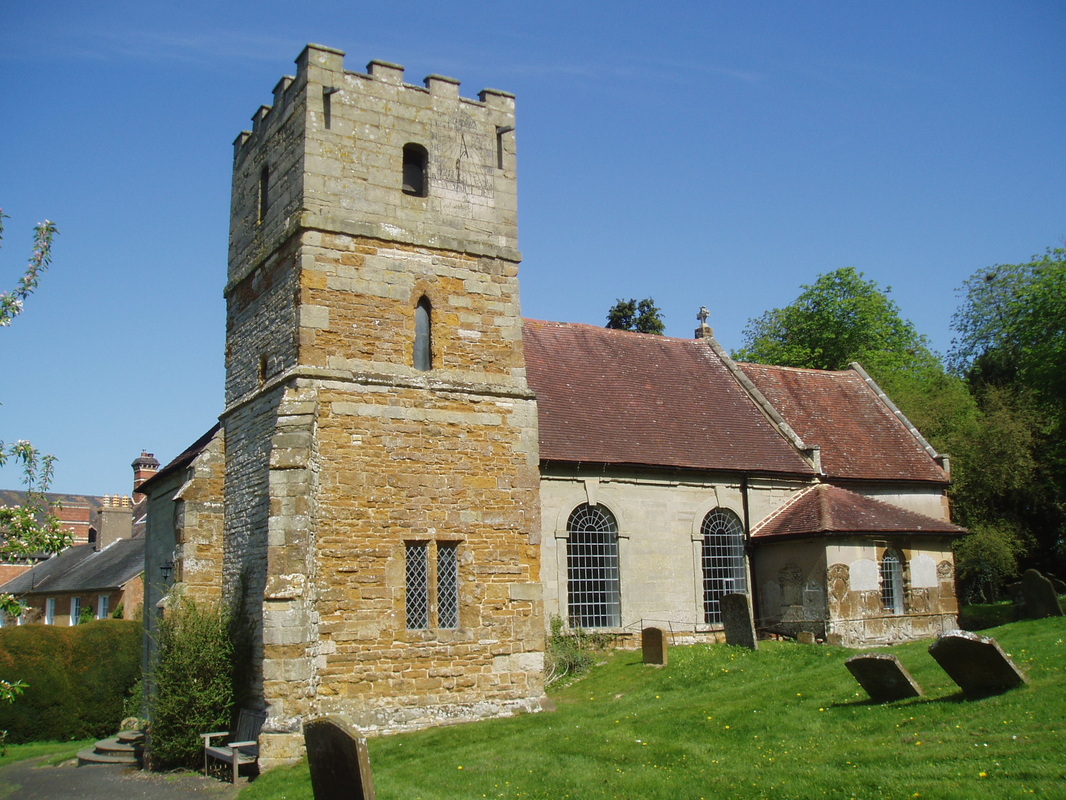 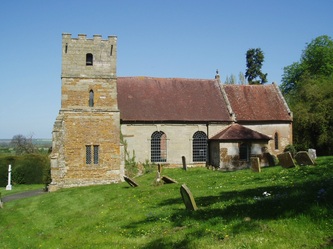 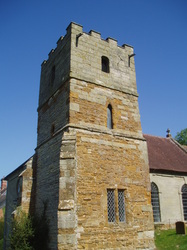 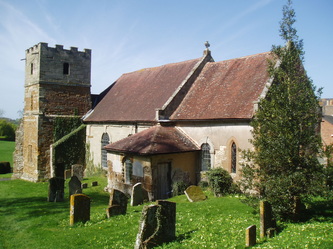 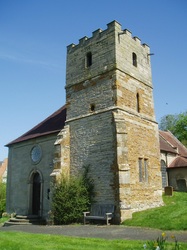 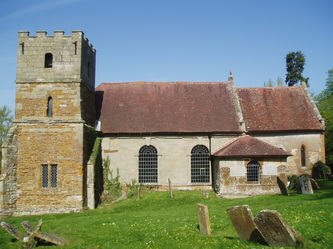 This is a church that I'd let slip through the net for too long, having done several expeditions in the Stratford area I seemed to have left this one off the itineraries (partially under the mistaken assumption it might be locked with so many open churches nearby) It is a most attractive building and I'm glad to have at last rectified the omission!

St Nicholas's church at Loxley clearly dates back to pre-Norman times, with herringbone masonry surviving on the north side of the chancel, though the building we see today is the result of later rebuildings in the late 13th century and again in the 18th century; which left a mostly Georgian church with a medieval tower. 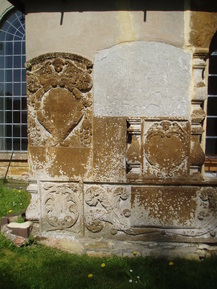 The exterior is most attractive and it's chequered history is readily apparent, particularly the south vestry wall which is largely composed of reused 17th century gravestones (the components of at least one large tombchest form a large part of it). Why was this done? There are still many tombstones of the same period in the churchyard, how were these specific pieces selected for reuse in this way? (and what did the relatives of those commemorated think!)The vestry itself looks Georgian, possibly contemporary with the rebuilding of the nave.

The west door is the main entrance, part of the rebuilding and remodelling of the church that seems to have occured around 1740, and sits oddly against the clearly much older tower. The nave appears almost entirely of this date, leaving the medieval tower (with a later top stage) and ancient chancel remodelled to blend with the nave. The door is rather stiff, so much so that I nearly gave up thinking it was locked! Thankfully a notice encouraged me to persevere by claiming the church was open, which was happily correct. 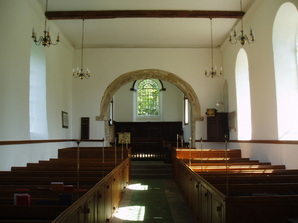 The interior is very light thanks to the characteristically Georgian plastered walls and plain glazing (a recent window of St Nicholas in the south chancel wall is the only piece of stained glass). The most obviously ancient areas are
the north wall of the chancel (with it's herrignbone masonry) and the plain chancel arch which is presumably Norman.
The nave is entirely 18th century except for the 13th century arch leading into the base of the tower. A c1250 coffin lid with foliated cross design is displayed here, along with a plainer and more weathered version and an old bell . The slender font nearby looks c1800 and is undecorated. The plain pulpit sprouts from a recess in the south east corner, and can only be entered from the vestry. 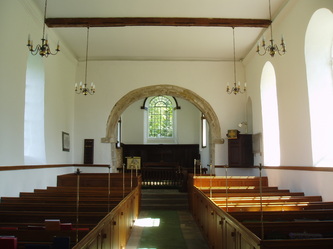 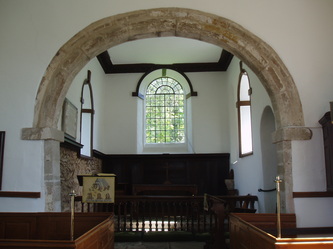 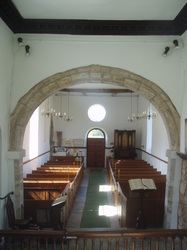 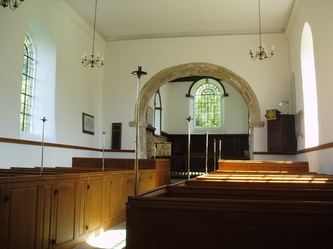 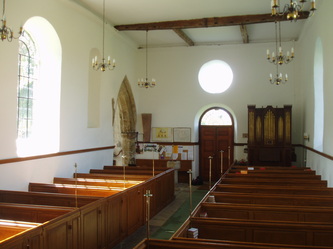 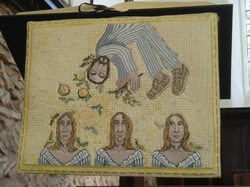 There is a 12th century pillar stoup to the right of the altar, a vestige of an earlier incarnation of the building. A much more recent addition is the new artwork on the lectern, which has an embroidered design by Anthony Green in the artist's distinctive figurative style, showing an airborne figure floating above three maidens with three golden Christmas baubles, symbolising the story of St Nicholas giving dowries to three daughters of an impoverished nobleman. 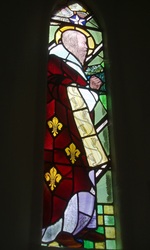 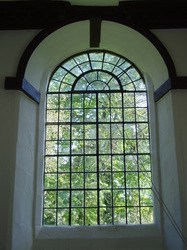 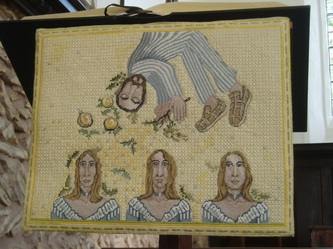 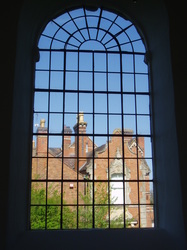 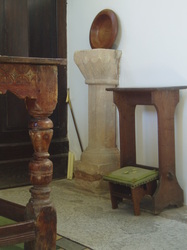 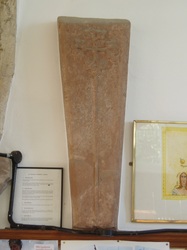 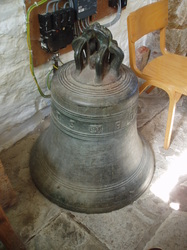 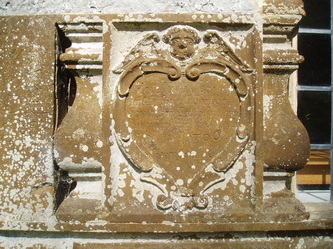 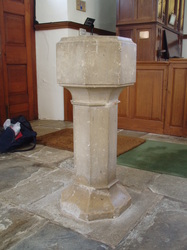 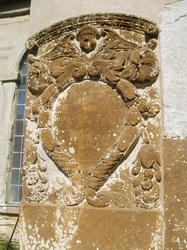 St Nicholas's is a church which won't delay the churchcrawler for long, but does have considerable charm and atmosphere and a beautifully calm interior. It appears to be normally kept open for visitors.