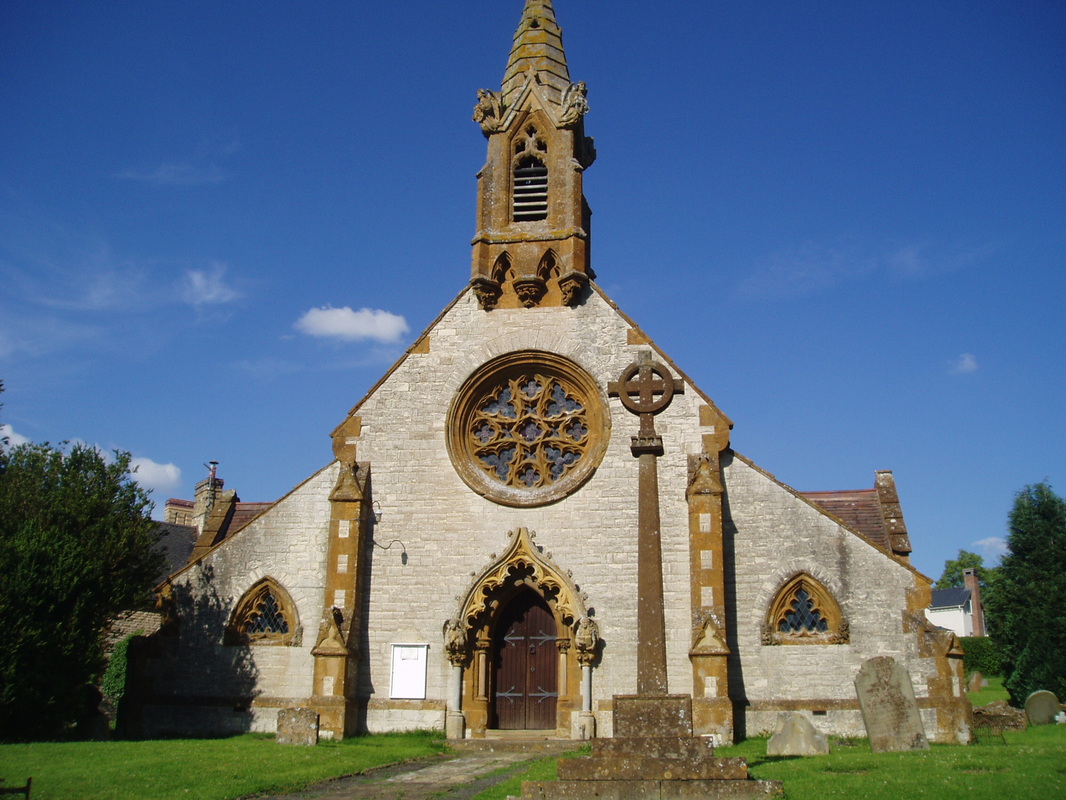 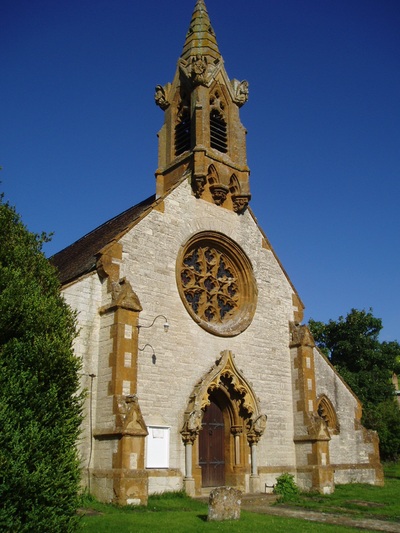 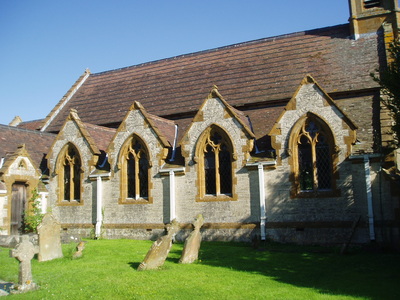 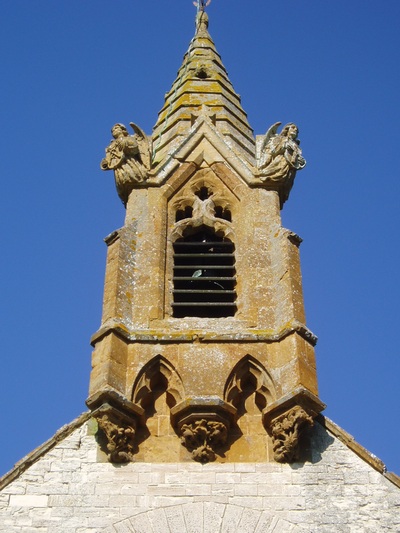 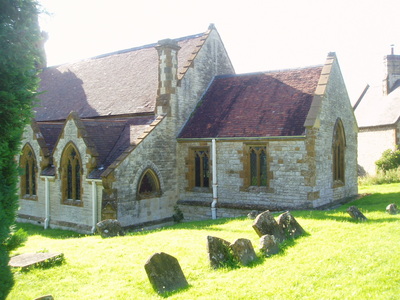 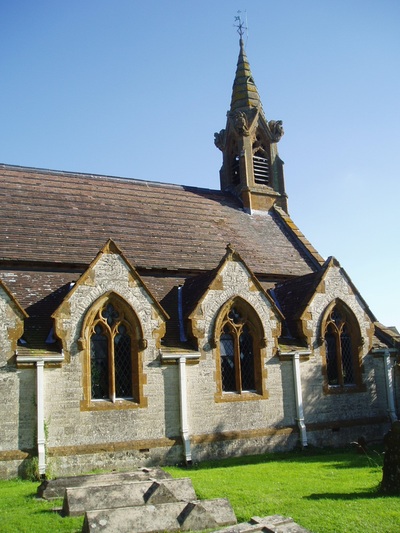 The church of St Mary & St Margaret at Combrook is an entirely 19th
century creation but one of considerable charm and eccentricity. Most of it
dates from 1866 to the design of John Gibson, though the chancel remains from a
simpler structure of 1831.


The church is unusual in both it's shape and detailing, from the wide but
low-pitched facade to the multi-gabled aisle walls. The west door and bell
turret above are adorned with somewhat over-large demi-figures of angels. The
stonework attractively blends white stone with rich golden-brown ironstone
details.


The interior is dark and largely brick-lined with some small stained glass
windows by Willement, Powells and Burlison & Grylls.


I arrived here well after 5pm, thus didn't expect to get inside, but was
pleasantly surprised to find it still open and welcoming. 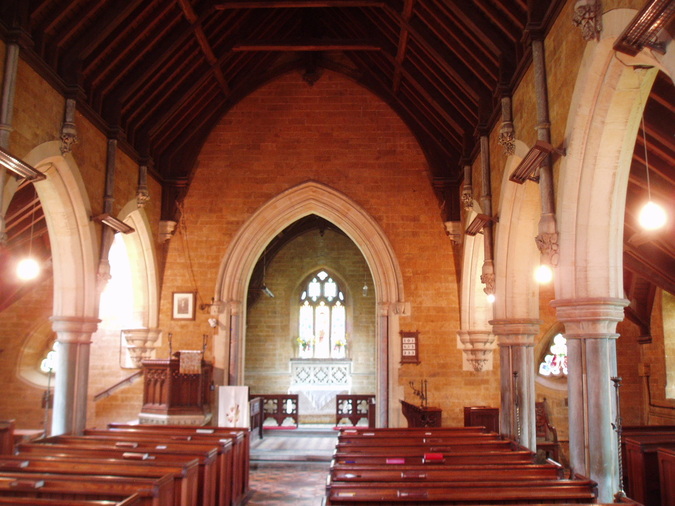