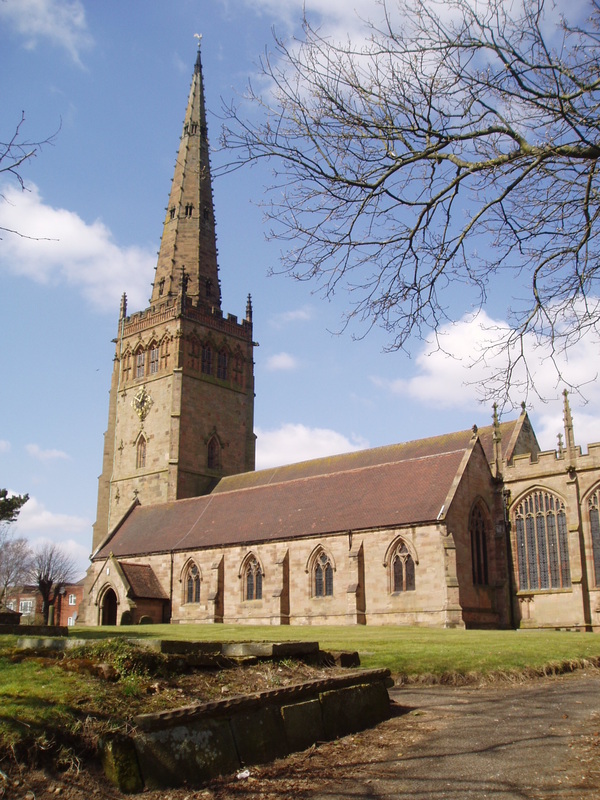 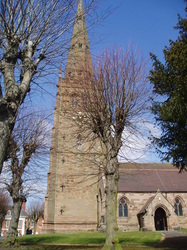 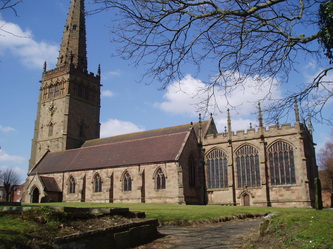 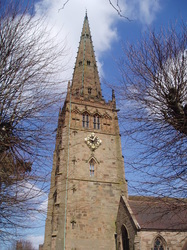 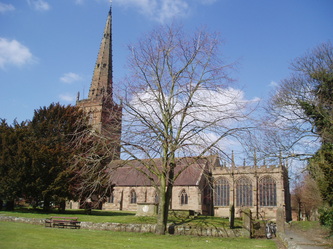 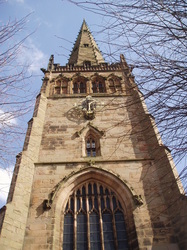 Coleshill's parish church of SS Peter & Paul is marked by it's splendid
steeple, a landmark for miles around and similar to those of several other
prosperous Midland red sandstone churches. It is a large building which has
undergone significant Victorian restoration but retains it's grand medieval town
church feel. The nave is rather long and cavernous but is followed by a lighter
(despite the sandstone finish and Victorian glass) Perpendicular chancel with
large windows.


The real treasures here are the monuments and the Norman font, which is
adorned with a Crucifixion and four saints in relief amidst curling foliage,
damaged but still enjoyable. The earliest monuments are 13th century knights,
one in each aisle, but the rest are concentrated in the chancel, with three
large tombs of the Digby Family with effigies of couples, (two late medieval,
one Elizabethan) and a further late medieval tomb chest crowned by an incised
slab (sadly somewhat engulfed by clutter). There are a couple of small priest's
brasses too nearby.


Sadly the church shares the north Warwickshire access problem being normally
locked, though it fares better than most of these for having appointed open
hours on Saturday & Wednesday mornings between 11am & 1pm. Years ago
there used to be a key available from a nearby shop, it's a shame such
convenient arrangements as these have declined, not only here but generally. 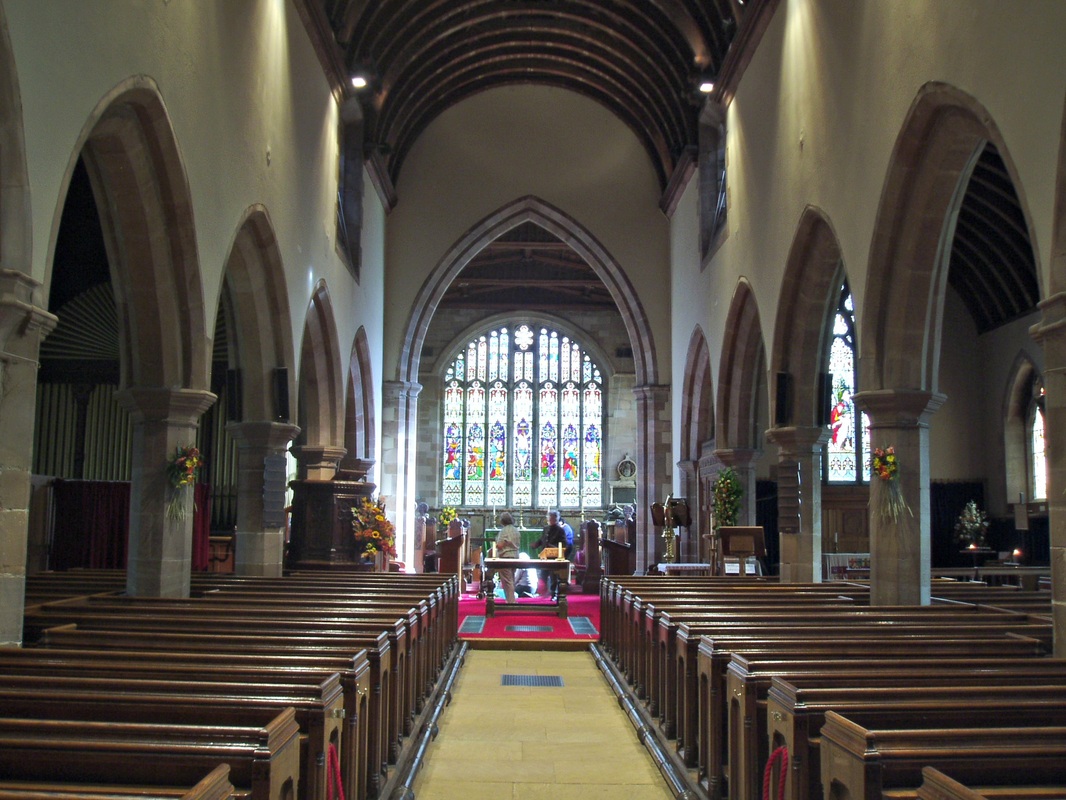 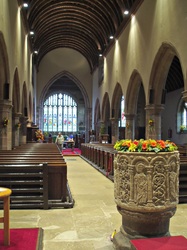 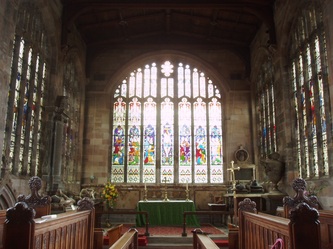 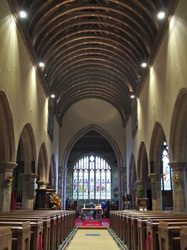 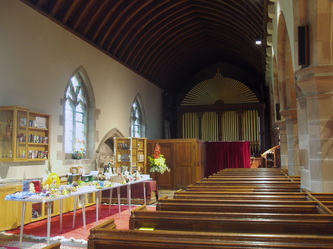 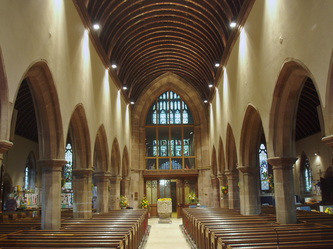 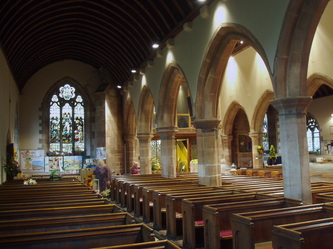 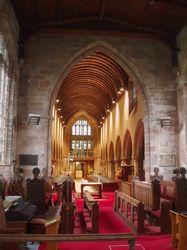 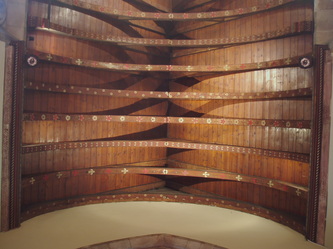 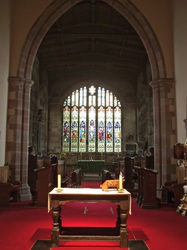