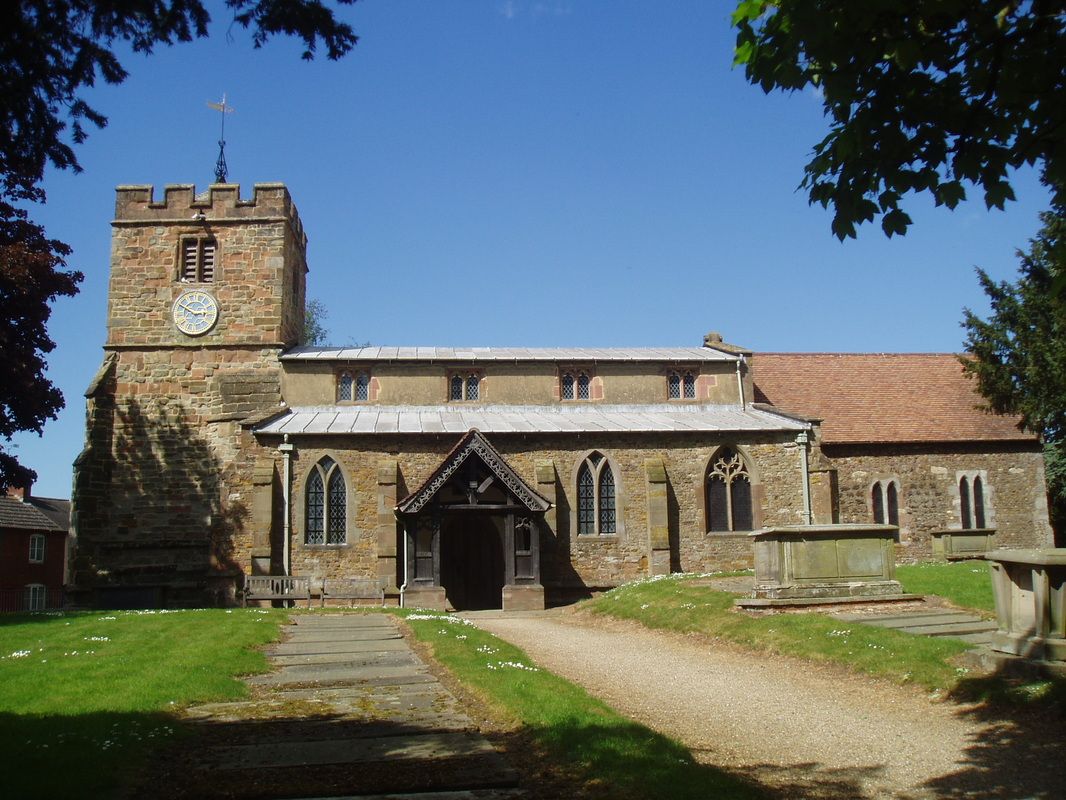 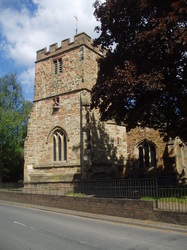 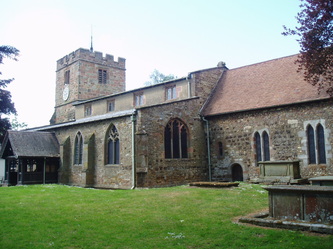 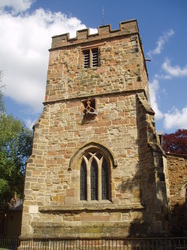 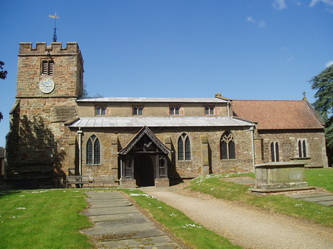 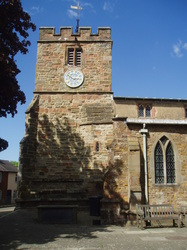 Being so close to where I grew up, St Mary's at Clifton was one of the first medieval churches my mother took me to see at the age of seven, when I first developed an interest in old churches, one of my first ever photographs was a shot similar to that above (but infinitely poorer quality, taken with an old box Brownie!). The next time I came was a couple of years later when one of my cousins was married here. The next family occasion here wasn't so happy, my uncle's funeral, and after that the only time I'd see this church was when visiting the neighbouring pub (aside from using it for a college project, when I had to create a design for one of the plain windows using input from the then vicar). It was time to go back and see it under happier circumstances, so I walked the couple of miles from my parents' house to finally improve on my first ever photographs here!

Clifton village is now virtually an eastern suburb of Rugby, (separated only by the steep Vicarage Hill and Rugby Golf Club) and at it's heart, close to where suburb meets countryside, stands St Mary's. The church has a small, box-like late medieval west tower (an odd carving of  bear, halfway up the west side below a small window opening, is now worn beyond recognition) and largely 13th/14th century nave and aisles with evidence of Norman work in the earlier chancel. The north side is partly rendered and has recently had a small porch-like extension added at the north door. The south porch is an attractive late Victorian timber structure, replacing a plain Georgian porch in brick. 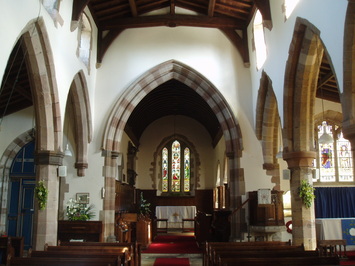 The attractive interior is light and spacious, with 14th century arcades flanking the nave, but does have a very Victorianised feel to it thanks to much restoration, including a new chancel arch with two-toned stonework that looks every bit a Victorian intervention. There are some quaint corbels with primitive faces supporting the nave roof, but otherwise the only antique element is a not very elegant Baroque memorial in the chancel (to Orlando Bridgeman 1721). An old lead casket was found close to here in 1894, which proved to be an otherwise unrecorded heart burial.

The furnishings are all of the Victorian period and later, the font is a curious block-shaped monolith c1900. 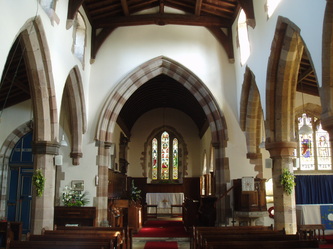 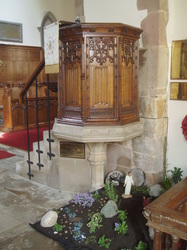 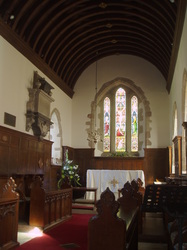 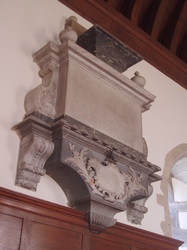 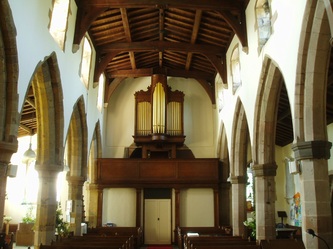 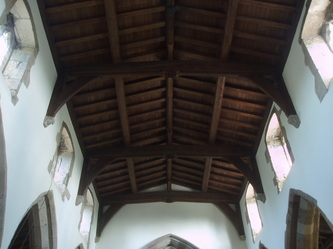 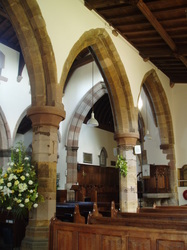 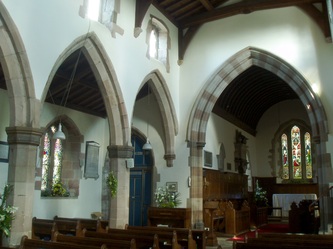 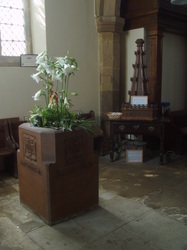 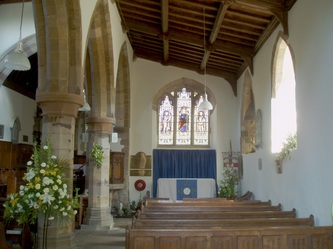 There is a mixture of Victorian stained glass of decent quality, Hardmans in the chancel and north aisle, with strong reds and rich foliate ornament in both the east window, with it's Crucifixion group, and the Annunciation in the north aisle. There is also  characteristically neo-Flemish work by Burlison & Grylls in each aisle. A particularly fine piece is the St Paul & Timothy by Kempe in the west window of the north aisle, whilst there is late work by Comper in the opposite corner on the south side. 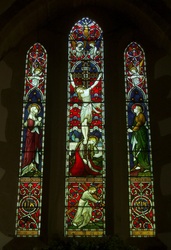 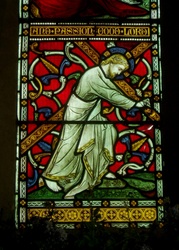 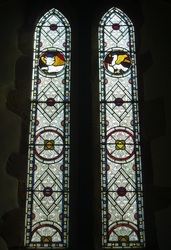 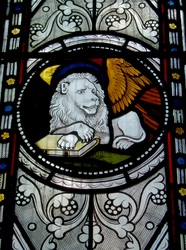 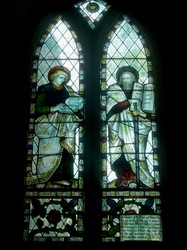 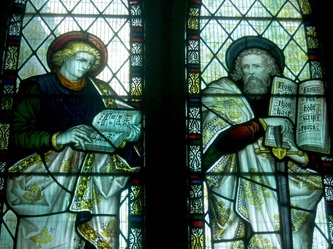 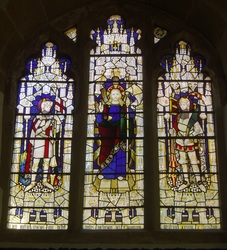 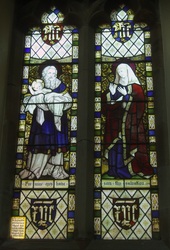 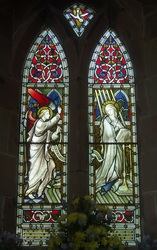 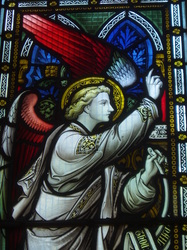 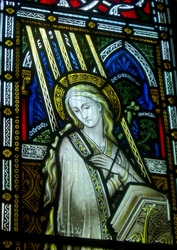 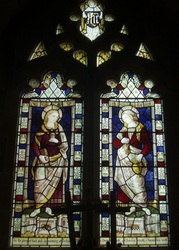 St Mary's is a much restored church, but one I am very fond of and a very pleasant place to visit. It is happily generally open and welcoming to visitors most days between 10am & 4pm.