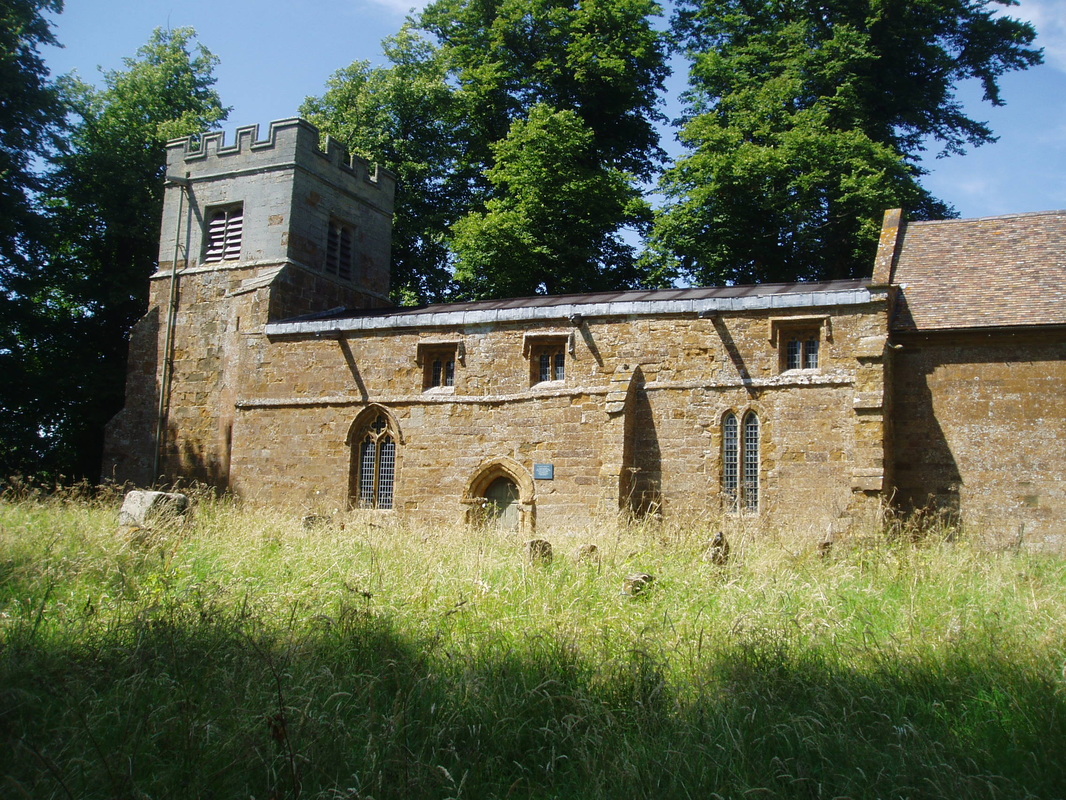 The church of All Saints at Chadshunt stands set back by the road between
Gaydon & Kineton but is easily missed, being surrounded by trees in one of
the most overgrown churchyards I've ever seen.


It comes as no surprise to learn that it's long been redundant and vested in
the Churches Conservation Trust as there is hardly any village here (a few large
houses lie just beyond, which is where one must seek out the keyholder as the
church is normally locked).


By contrast to nearby Gaydon this is a church of real antiquity, left
virtually untouched by the Victorians with something to show from most periods;
the long nave is 12th century Norman (as is the font) but most of the details
and tower are later medieval. The chancel is a purely Georgian rebuilding with a
Venetian east window. There is also a Georgian north chapel, clearly intended as
a family pew and, having a raised floor, accessed by steps.


The main items of interest within are the tub-shaped norman font, a Baroque
tablet on the south wall and a series of  late16th century painted glass
panels in the north chapel (12 in all, of continental origin, and set amongst
Victorian ornament). 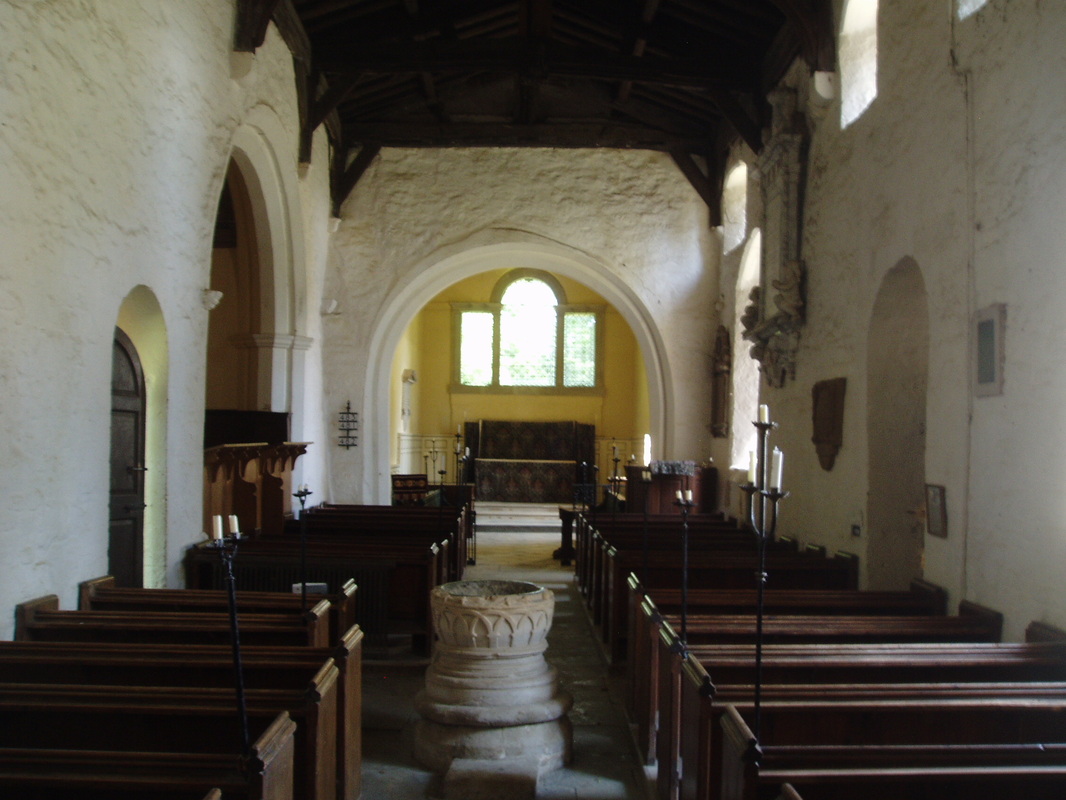