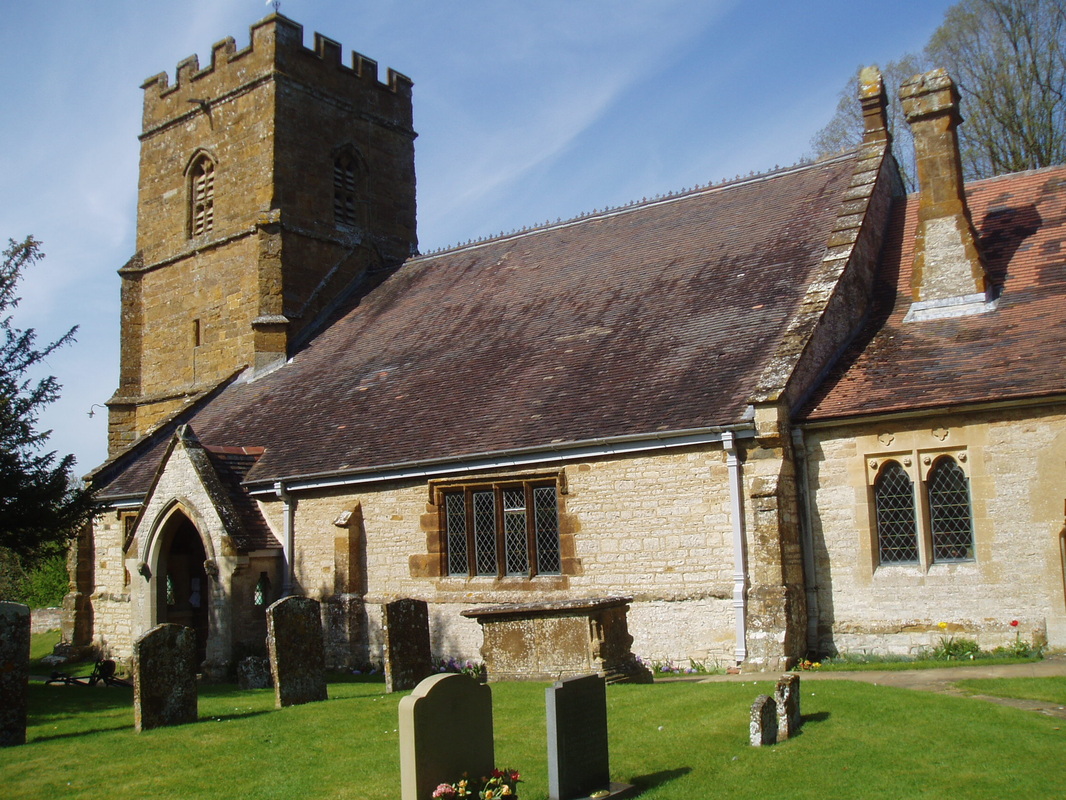 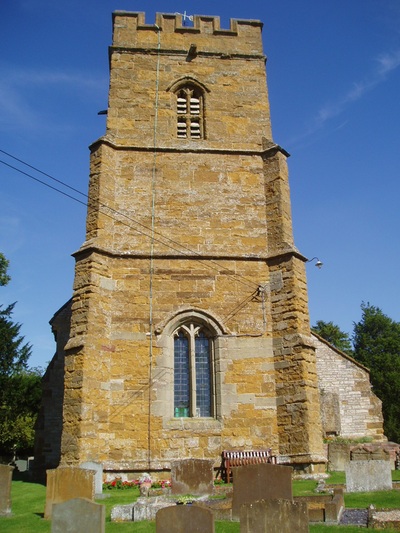 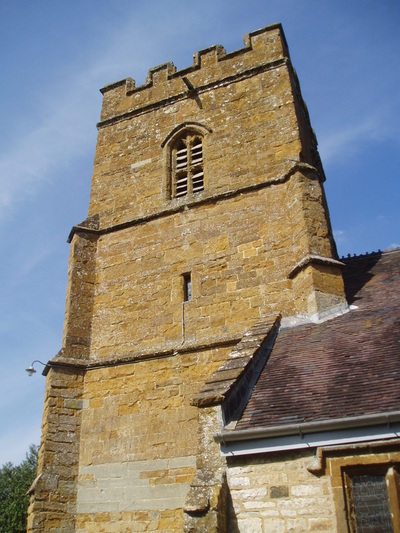 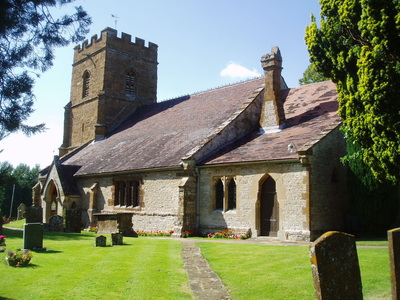 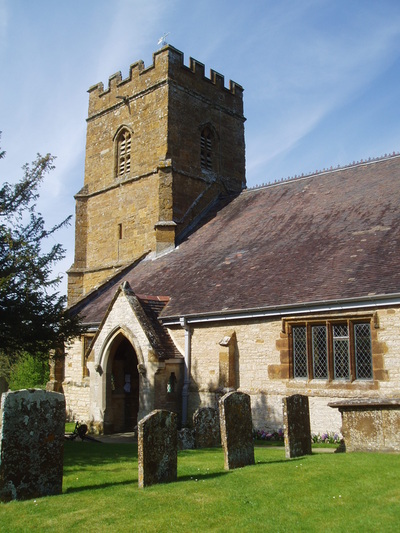 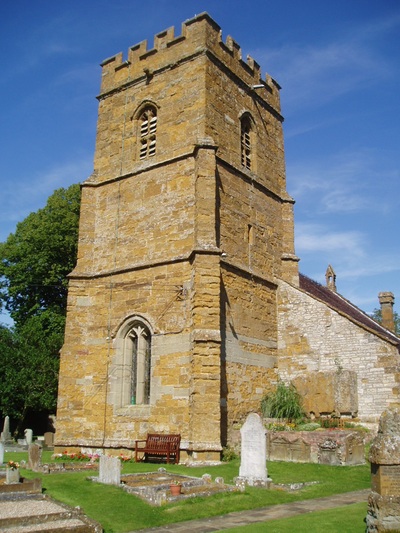 Not an easy church to find at first, being set back from the road masked by
trees and houses, SS Peter & Paul's at Butler's Marston sits in an
attractively secluded churchyard with it's golden brown 15th century tower and
paler nave and south aisle (under a single sweeping roof). Much of it was
rebuilt by the Victorians, but the sturdy  three bay transitional Norman
south arcade survives within.


There are several Victorian windows within, mostly by Clayton & Bell
(except east window by Holland of Warwick). A fine Baroque tablet clings above
the nave arcade and the old Georgian reredos of painted Scriptures is now
squeezed into the small space of the south aisle. The slender font is the only
medieval furnishing left, the rest is Victorian and later work.


The church is normally kept locked and this was my second attempt to get
inside. Despite having heard it was open on saturdays this seems no longer the
case so I phoned the churchwarden who kindly opened up for me. 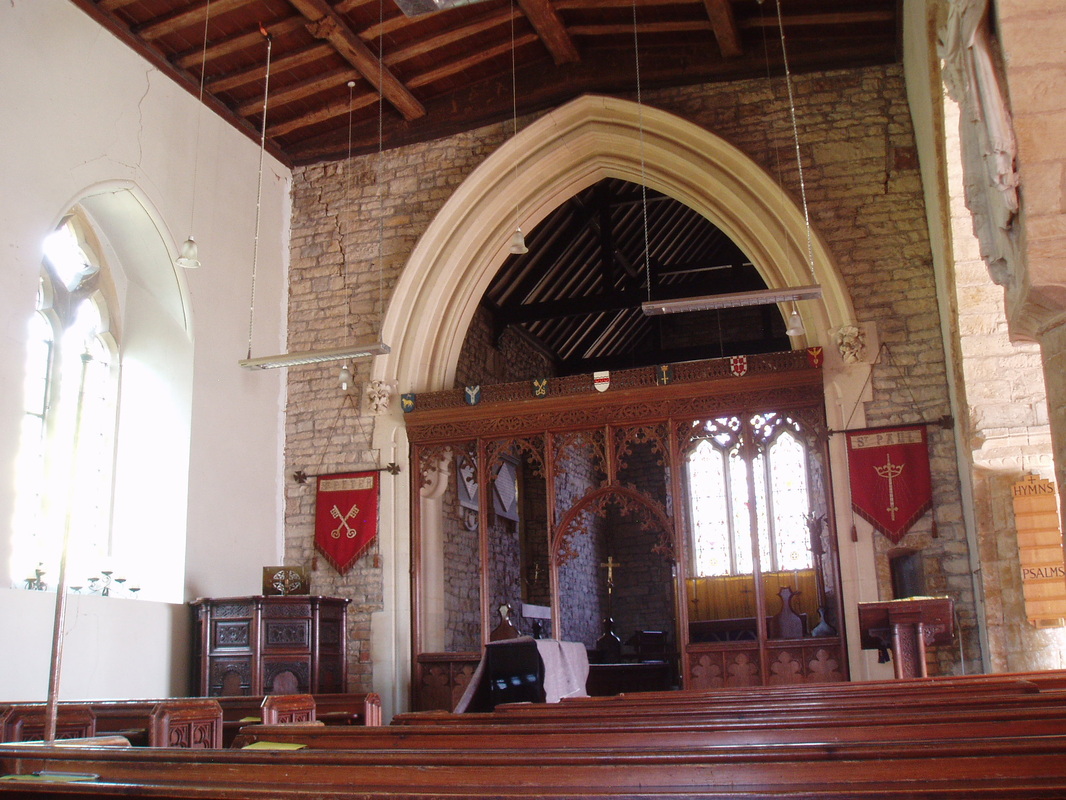 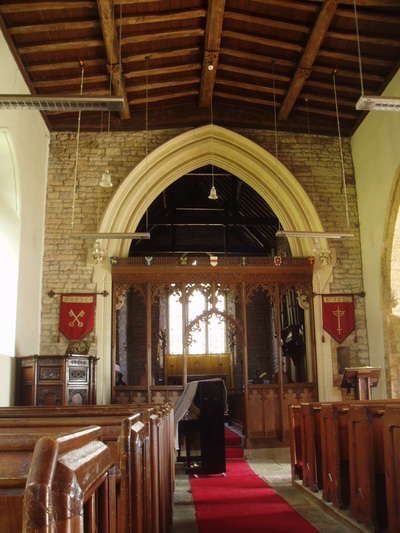 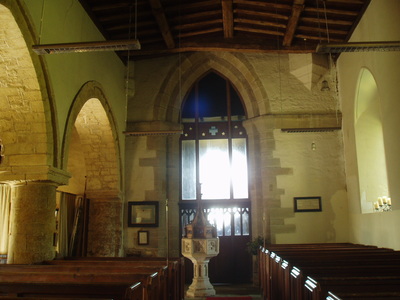 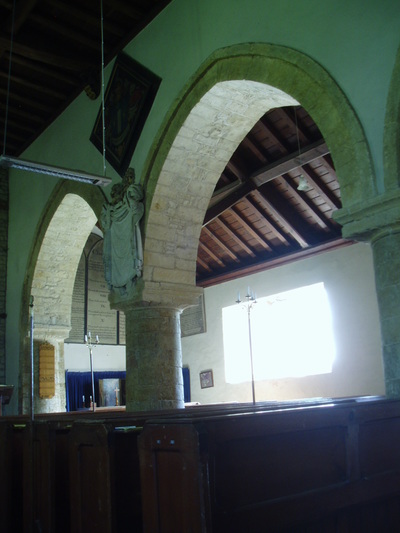 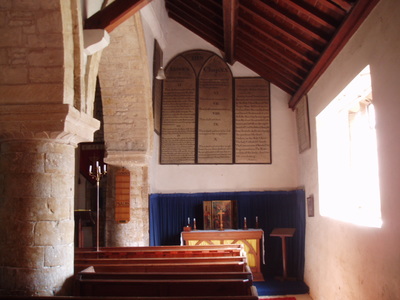 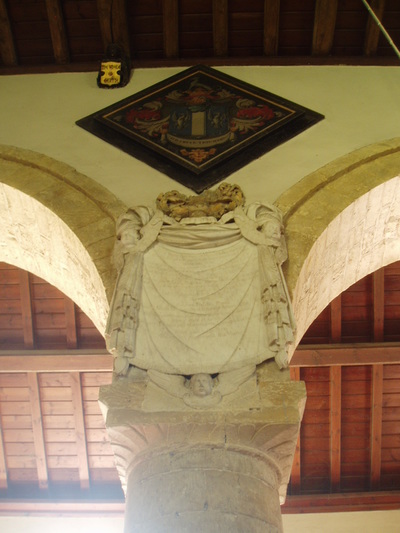