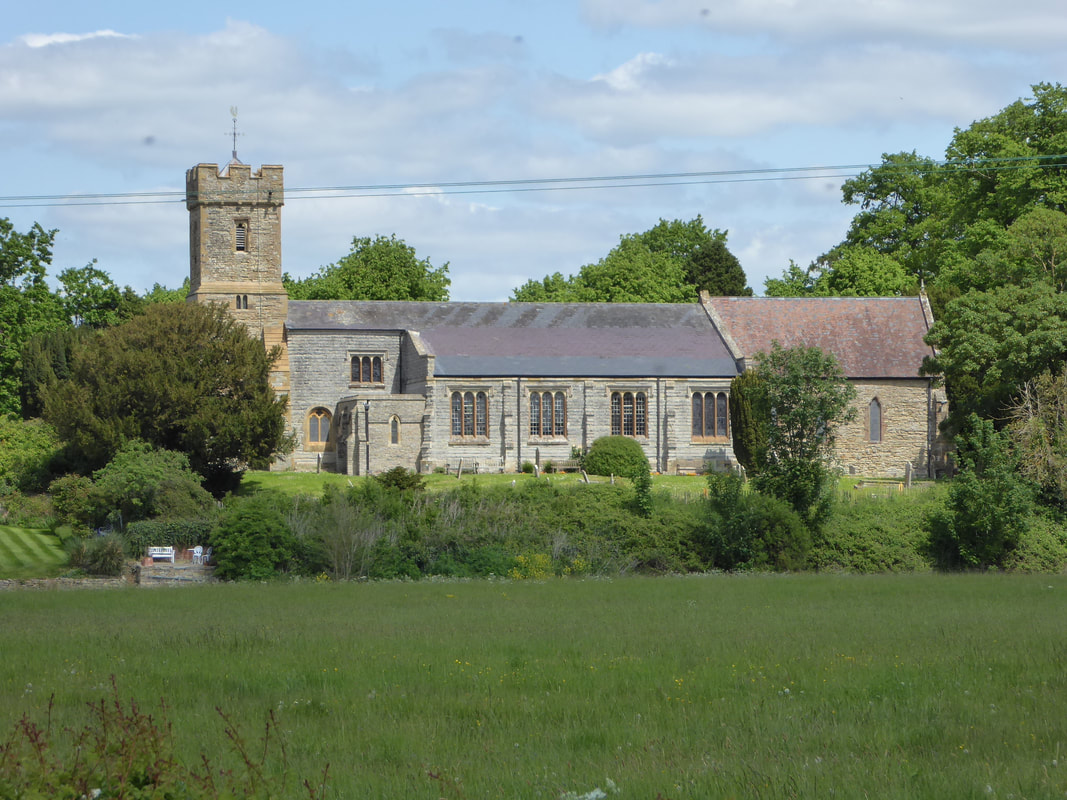 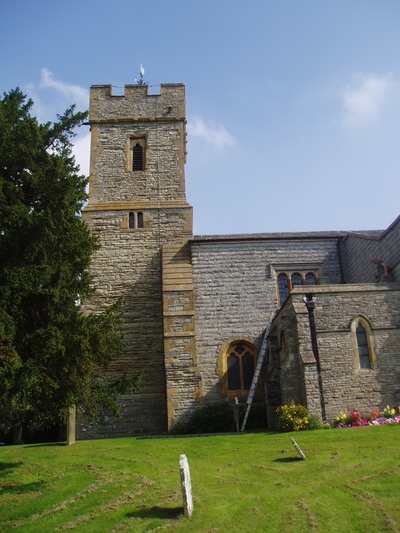 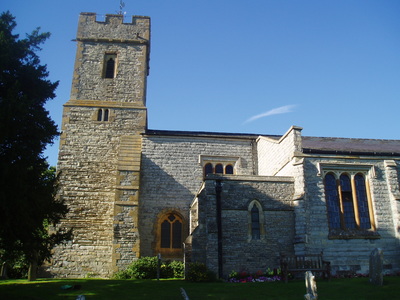 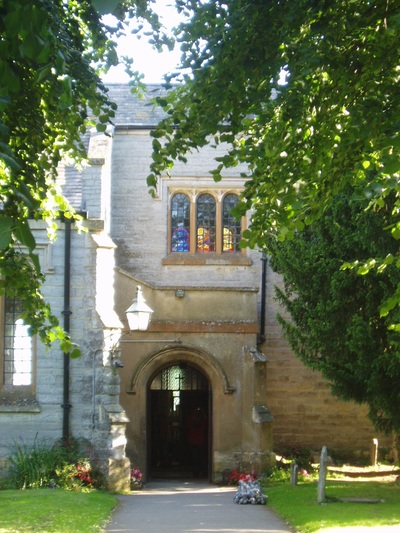 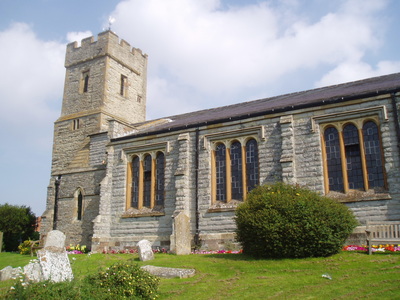 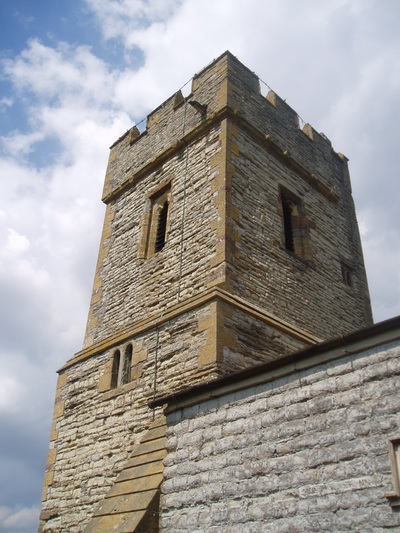 St Lawrence's church, Bidford on Avon, Warwickshire, a curious hybrid of a
building that combines a medieval tower, an unusually designed 1830s nave
(combining mock-tudor and Georgian elements) and a medieval chancel, so heavily
Victorianised as to appear entirely of that date.


The church appears abnormally long for it's size, partially due to the 1835
rebuilding of the nave and aisles (by Thomas Lattimore of nearby Stratford) ,
which left a strange, annex-like section at the west end attached to the tower,
and now used as a baptistry.


The church is normally kept locked outside of services, but on this occaision
we were here to install Clare Johnson's (now Clare Barclay) new stained glass
window at the west end of the nave. 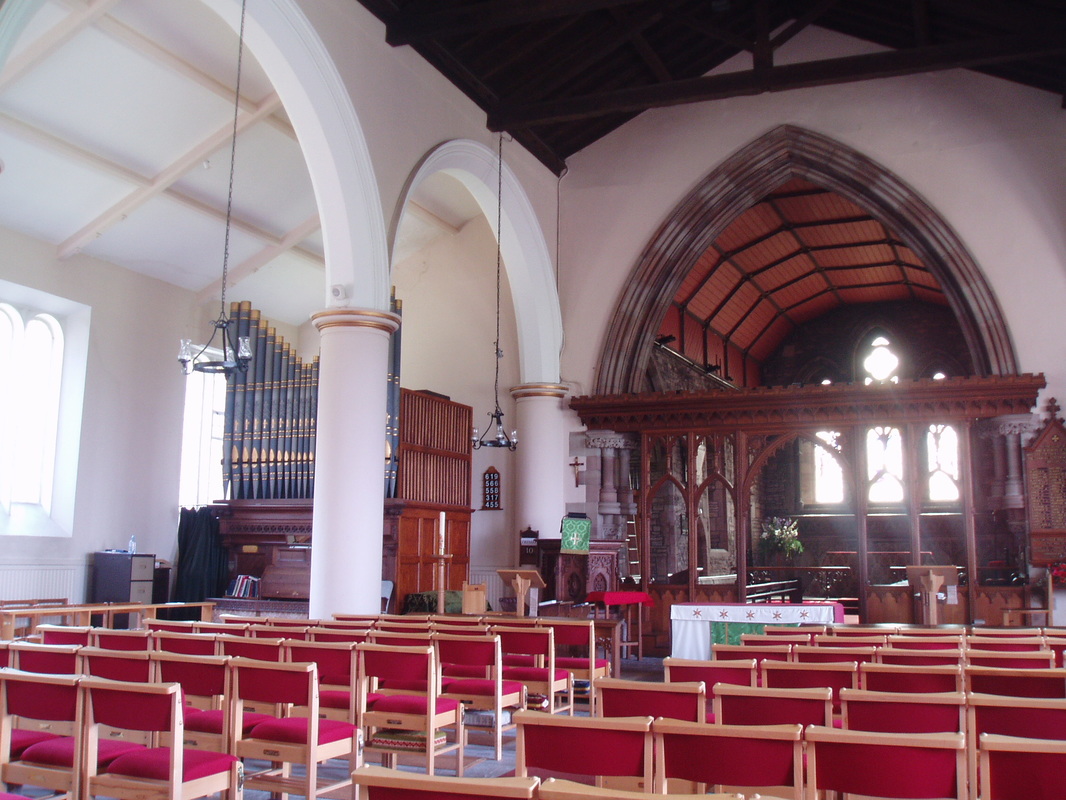 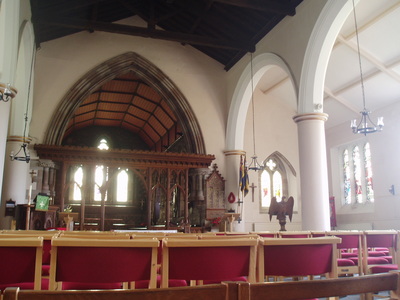 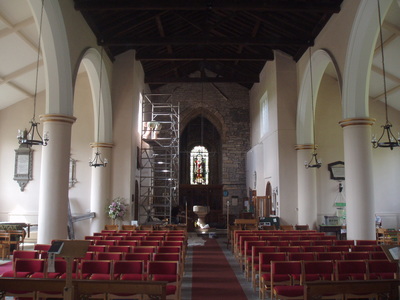 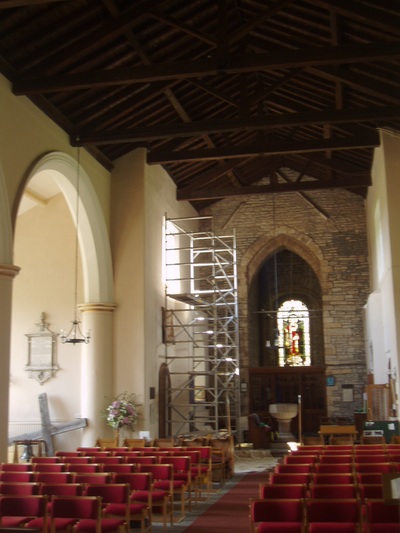 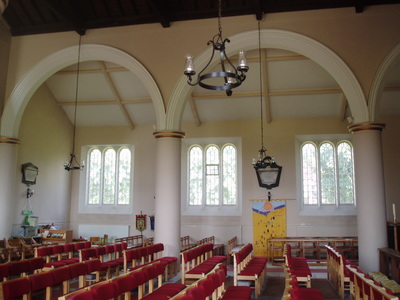 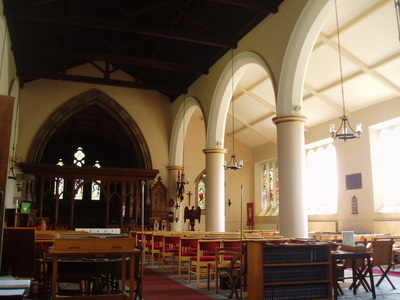