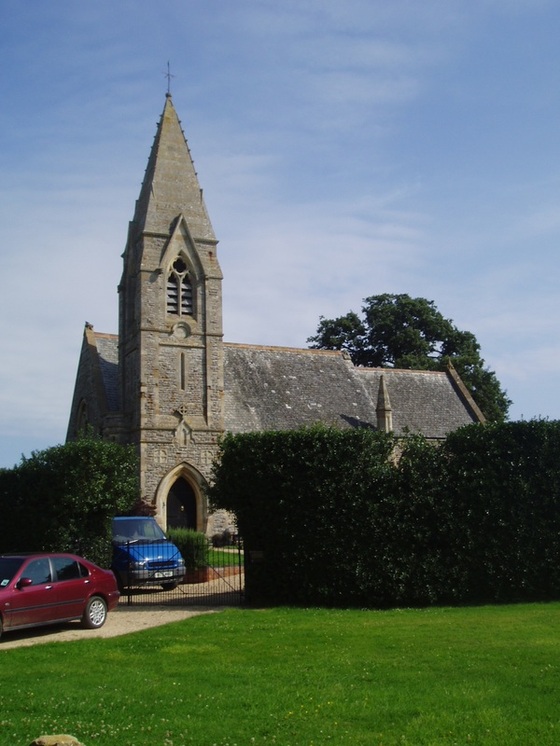 Not a church that one would normally see, despite being immediately south of Stratford upon Avon this village is small and sits away from the main traffic arteries, thus it retains an atmosphere of remoteness and isolation, and one would have to take a detour to see it. Alas few would be likely to do so, as the church is neither old, nor, technically speaking, still a church! 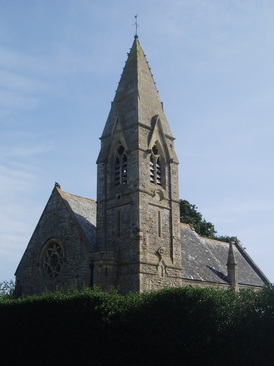 The former church of St Mary at Atherstone on Stour is an entirely Victorian creation, dating from 1876 and was designed by John Cotton, though there was a medieval church here, and a few pieces of it's stonework have been reused in the present building. The site seem to have suffered some instability as there are apparently some cracks and distortion in the tracery at the west end.

The interior was described as 'humble and barn-like', the main focus being the stained glass in the east window featuring a Crucifixion by the ever prolific C.E.Kempe. There is also an attractive rose window in the west wall, though this appears to be plain glazed. The font is described as plain, tub-shaped and 'clamped to the exterior of the east wall', presumably this was the ancient font from the previous church put out to pasture? The Victorian church was provided with a new one in a more orthodox position in this case. Classical monuments with obelisks are also mentioned, though it is unclear whether they were also in the churchyard or wall mounted inside.

Of course I'm left to guess at such things as the interior, or even the churchyard are now out of bounds to the public. It has long ceased to function as a church and is now in private hands for commercial or residential use. I assume the stained glass and the old font must still be in situ. There seemed to be some activity going on when I dropped by, so at least it is in some form of use, a large portacabin stands close to the south wall, but I could see little else, with the tall encircling hedge shielding the churchyard from view, except at the gate, where a loud and weary looking guard dog was on duty to deter the curious. 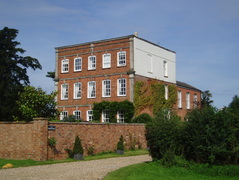 St Mary's is now converted to other use and innaccessible, and the owners' privacy should be respected. The exterior with it's attractive steeple can still be enjoyed at reasonably close quarters from the south west at least. For more detailed information see below:-
http://www.british-history.ac.uk/report.aspx?compid=57026

With little else to do here I soon moved on, but not before being impressed by a rather grand box of a stately home just up the road from the church.