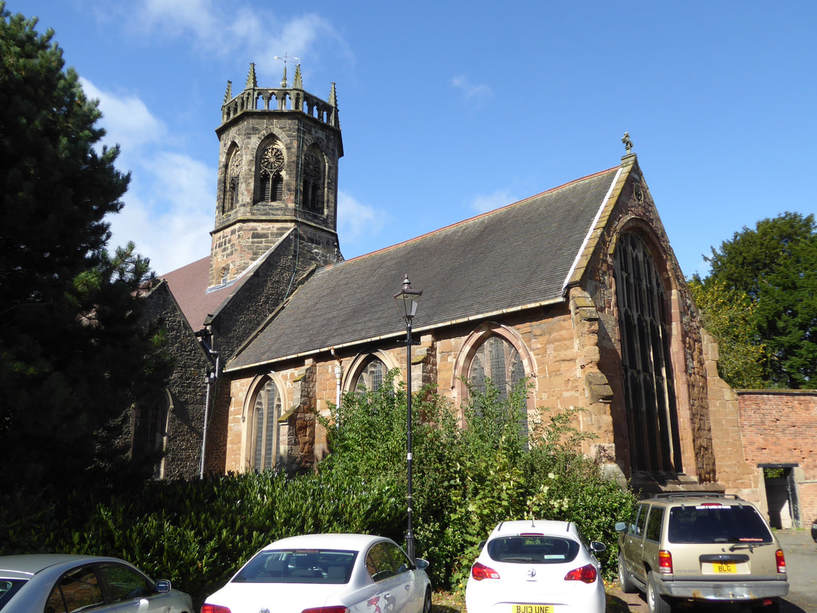 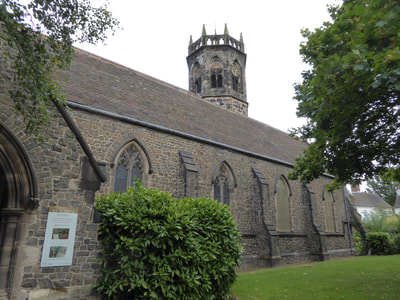 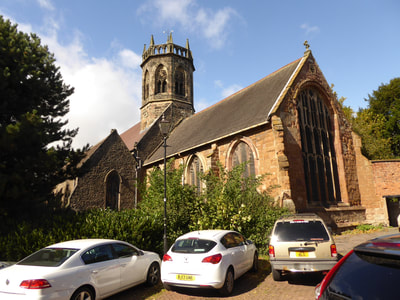 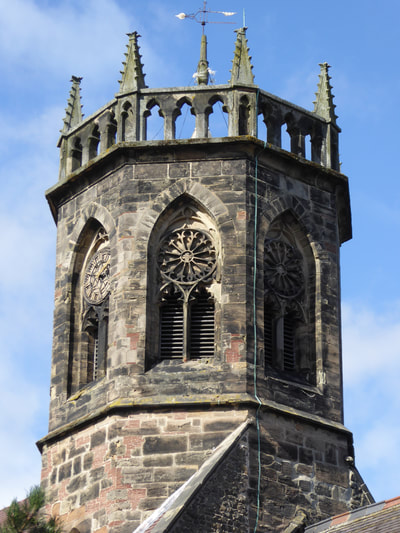 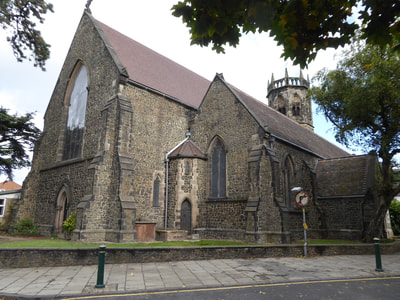 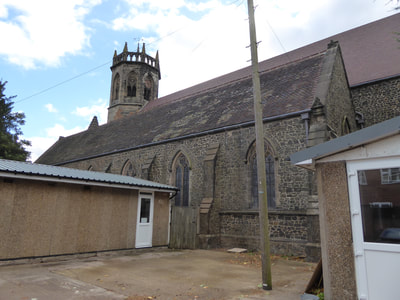 A large church tucked away among trees beyond the marketplace, St Mary's strikes the visitor at once with its unusually designed octagonal tower. It has had an equally unusual history, the chancel having been originally an independent chapel served from Mancetter, and by the end of the 14th century was serving as the church of a friary, at which point the church seems to have been rebuilt, with the nave used as the parish church and the eastern half for monastic use.

Of the medieval building only the eastern half remains along with the octagonal tower (the upper storey of which was rebuilt to its current design in 1782). The nave and aisles were completely rebuilt in 1849-50 (by Wyatt & Brandon). The medieval chancel had for some years been separated from the church and used by the grammar school, but was restored to church use in 1864.

The exterior is thus largely post-medieval work, but is still enjoyable for its unusual form, and the chancel's original warm red sandstone makes the view from the south east the most attractive. The north side is rather engulfed by later building, but a re-erected Norman archway from the old church at Baddesley Ensor (rebuilt in 1848) is worth seeking out here. 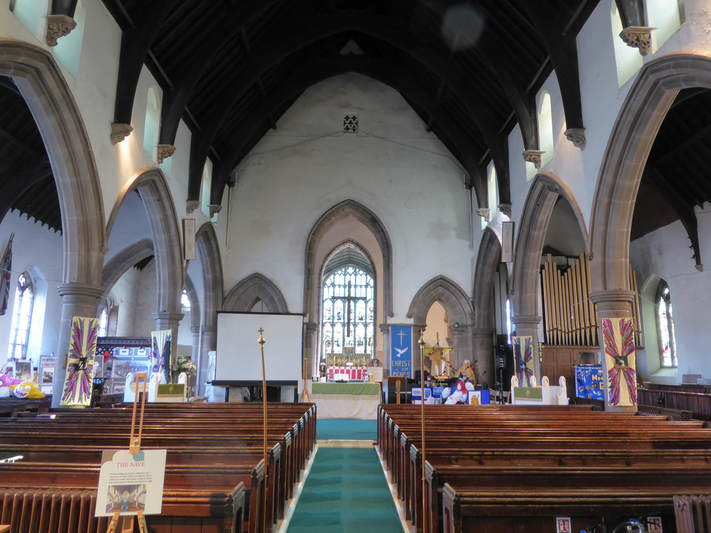 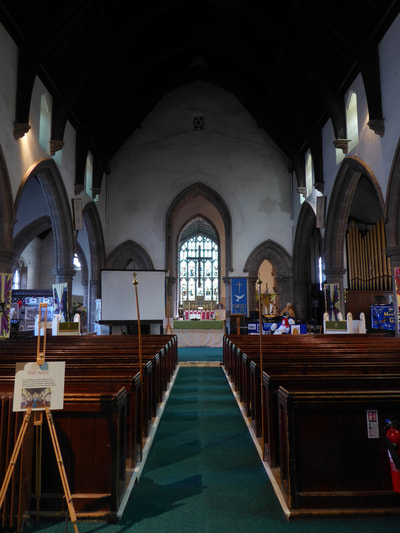 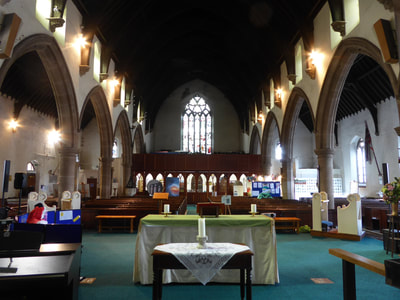 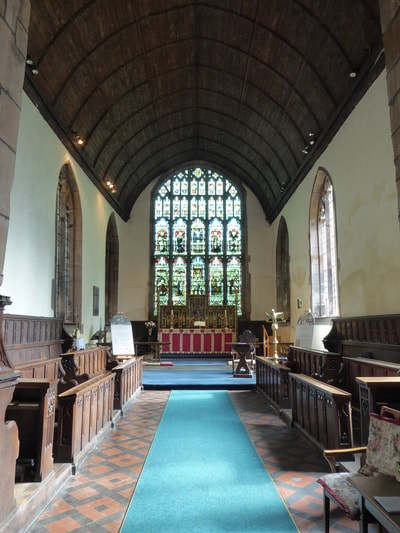 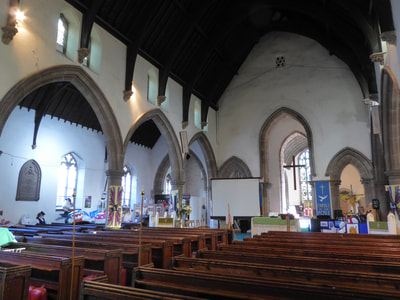 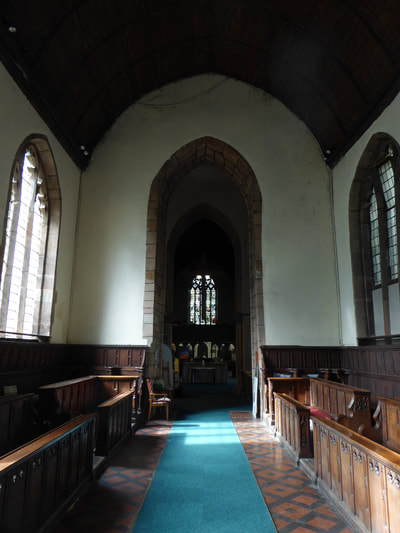 Entry is by the south porch, and once inside the spaciousness of the Victorian nave is readily apparent, and seems even wider thanks to the group of narrow medieval arches beyond leading to the old chancel. The central arch and piers support the tower, whilst either side are chapels, effectively transepts that extend no further than the width of the aisles (and externally are treated no differently). The eye is drawn to the largely hidden space beyond, with the east window so neatly framed by the central tower arch.

This arrangement effectively divides the church into two very different spaces, the nave broad and fairly typical of a Victorian town church, whilst the chancel is long and narrow and clearly of much greater antiquity, albeit somewhat restored. The furnishings are all Victorian or later, but the easternmost windows contain some attractive glass by the studio of Charles Eamer Kempe, typically rich in detail. The carved and gilded wooden reredos behind the high altar is a most attractive addition dating from 1926. 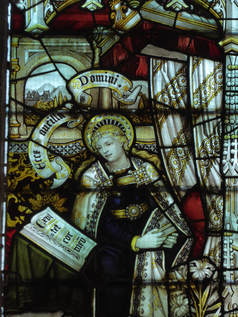 As stated above the Kempe windows in the chancel form the most notable group here, the earliest being the grand east window (two rows of five lights) dating from 1896. The upper register depicts the Crucified Christ flanked by Mary & St John, along with SS Peter & Paul. Below the Virgin & Child form the centrepiece flanked by the Annunciation and Presentation in the Temple. The easternmost side windows are also filled with Kempe Studio glass from 1899 and 1911 respectively: that on the north side shows the resurrected Christ appearing to the apostles, whilst on the south side are the three Marys at the empty tomb (with Christ on his journey from Emmaus in the background).

The west window of the nave dates from 1920 and is typical work by Curtis, Ward & Hughes in its muted, silvery tones and heavy detailing. The central figure is Christ in majesty surrounded by a heavenly host of saints and angels. The traceries contain some interesting details with scenes of animals with text from the Benedicite.

Three rather more commonplace late Victorian windows can be seen in the south aisle by the studio of Cakebread Robey & Co dating from between 1899-1909. The westernmost window features yet another adaptation of Axel Ender's 'Easter Morning' design with the angel pointing heavenwards whilst the Marys look on in astonishment (this has to be the most re-used composition in Victorian & Edwardian glass!) 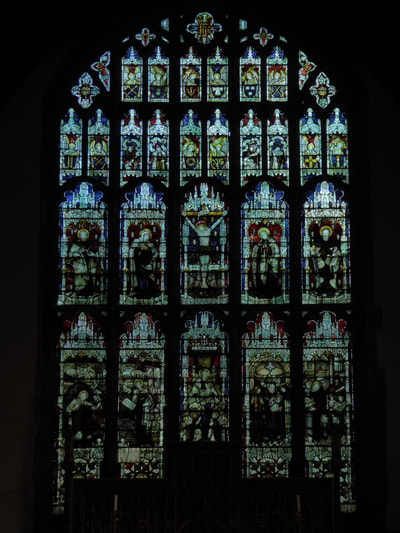 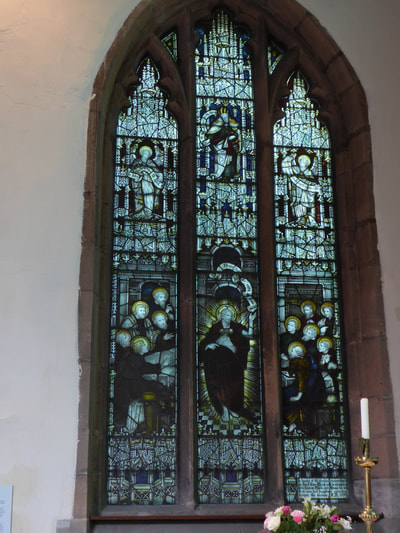 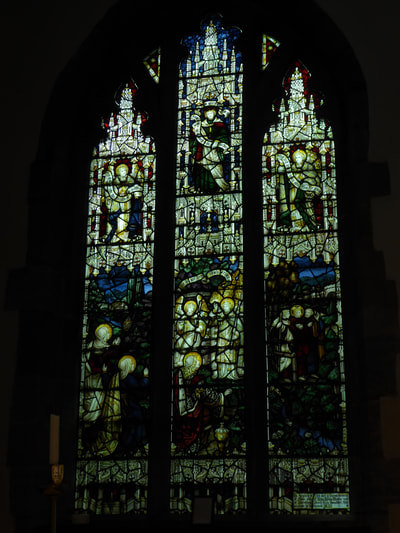 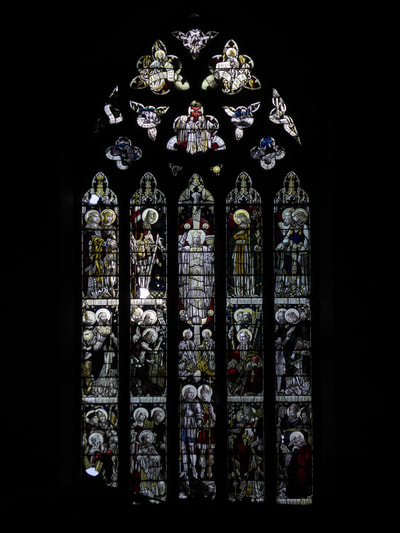 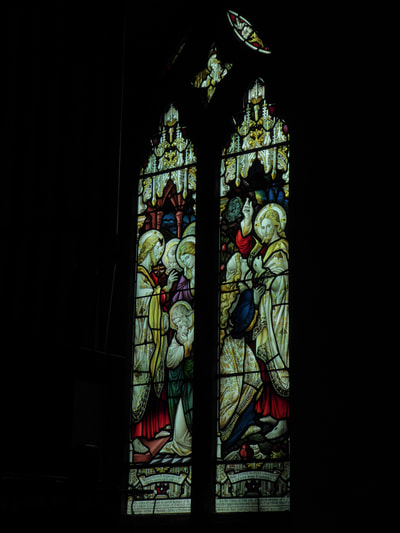 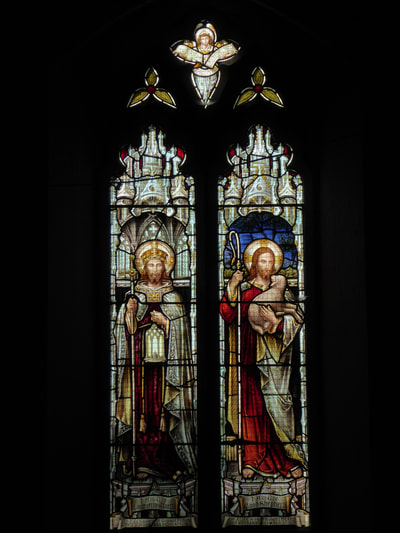 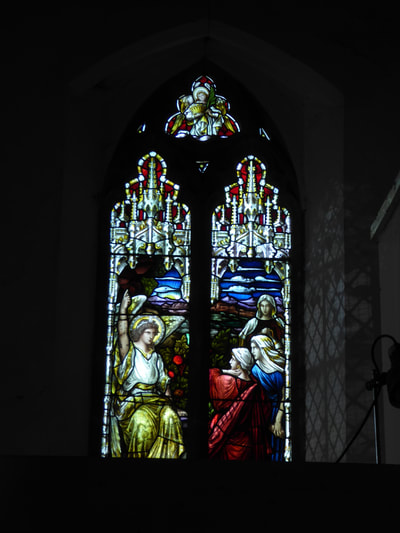 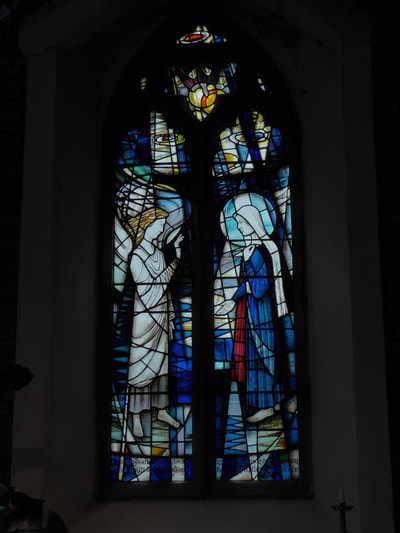 St Mary's is an interesting building with some rewarding glass, and whilst it won't delay the visitor for long is happily one of the more accessible and welcoming churches in the north of the county with a cafe operating some weekdays in the partitioned area at the west end of the nave, thus the church is kept open for a few hours on the days it operates.