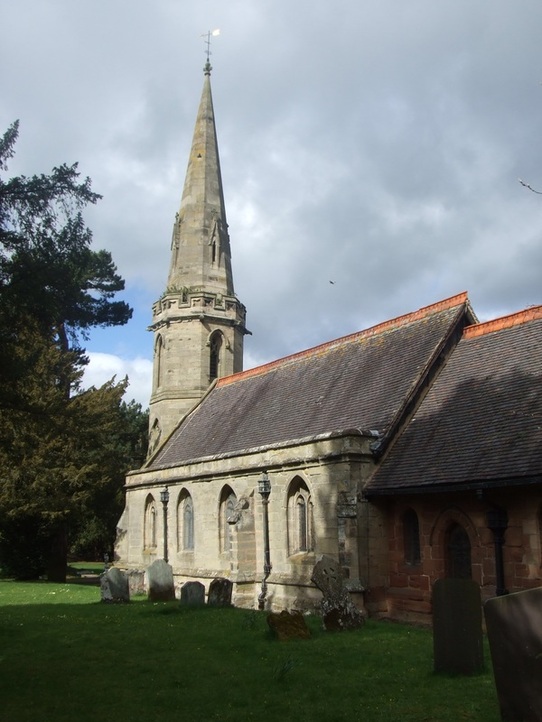 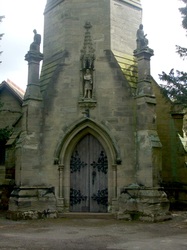 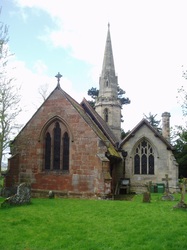 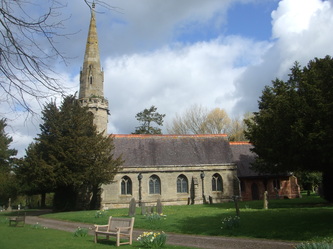 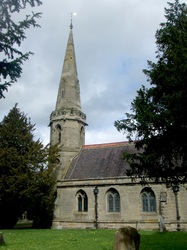 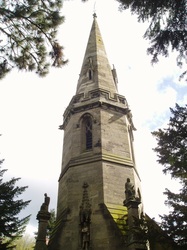 Just beyond Shilton, Ansty has virtually no village, just a hall-turned-hotel
and the nearby former estate church, St James's, which is largely a Gilbert
Scott creation
with it's fancy, petite octagonal tower and spire.The oldest
part is the 13th century  red sandstone chancel, the grey stone nave and
north aisle are much restored.


The interior is very dark, the chancel too gloomy to make much out
of from
the nave. The furnishings are all Victorian as is most of the glass, by various
studios (Hardman's, Holland and Kempe) but there is one very quirky modern
window in the chancel,
celebrating the ecumenical movement and scientific
progress with vignettes of astronauts and a now rather antiquated computer, the
first time I've seen either in a church window!


This is very much a locked church (as a previous visit years ago
confirmed) so
I phoned the churchwarden on my way over, only to get her
sister in law tell me
she was at the church for a wedding rehearsal; I headed
off in the hope of
good timing, though she was heading up the drive away from
the church as I approached,
but very kindly reversed and let me in. Again I
snapped away quickly so as not to keep
her waiting and my general interior
views are almost useless (she did offer to
put the lights on, which I
instinctively declined as it wouldn't complement the
glass, but I should have
accepted regardless, as a 'visible' internal shot would have been nice, silly
me!). 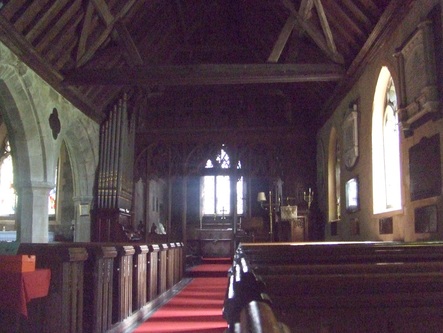 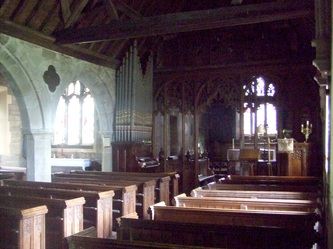 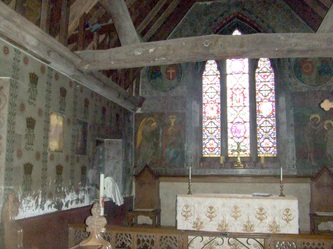 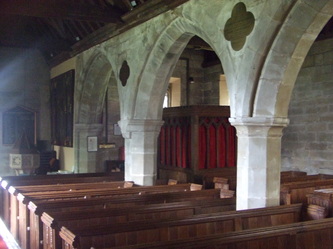 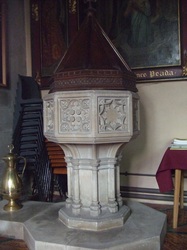 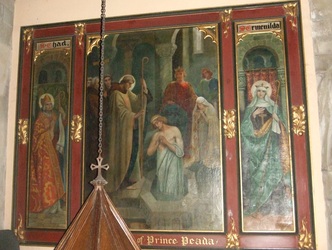 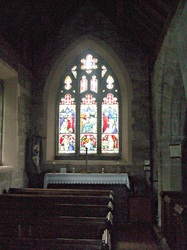