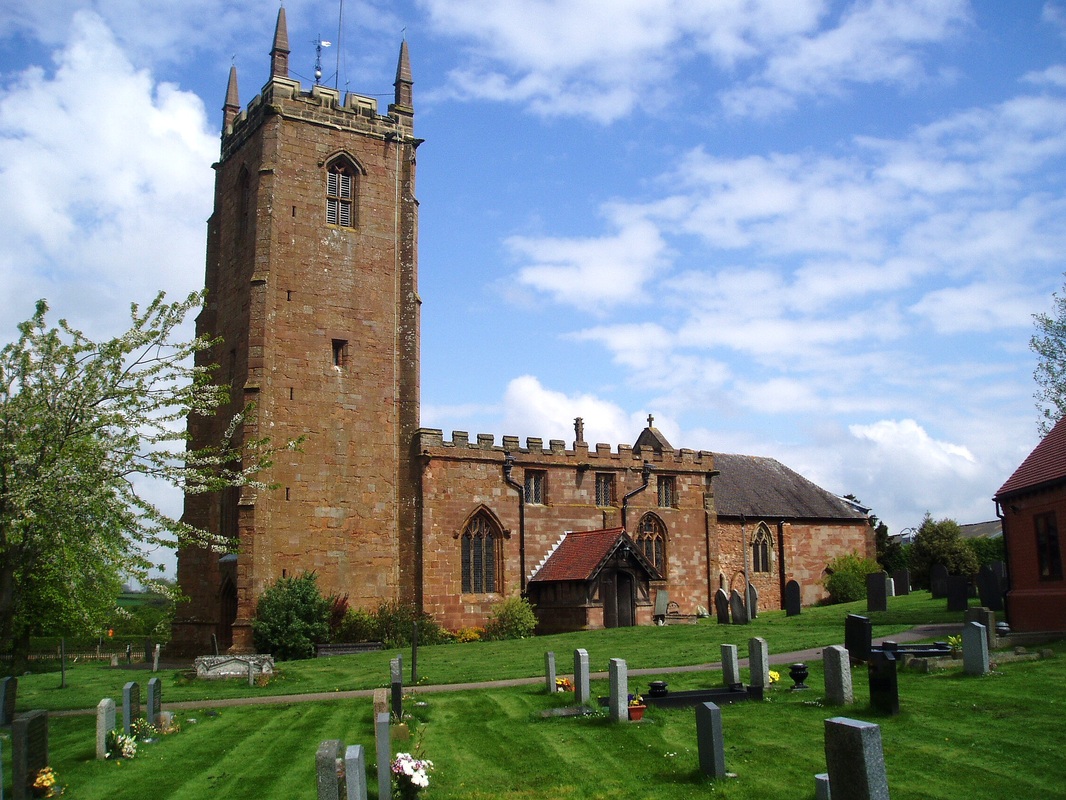 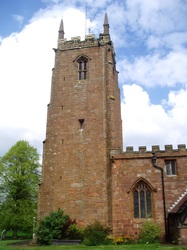 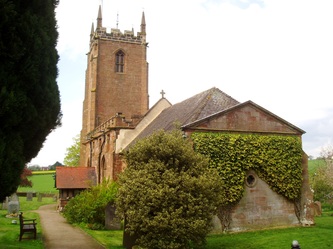 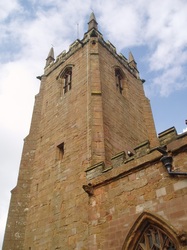 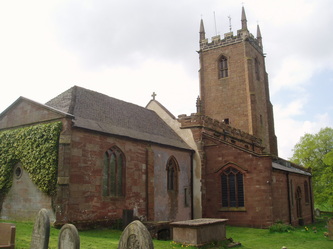 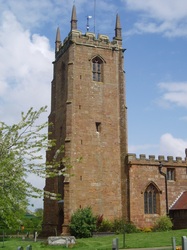 St Laurence's church in Ansley is one of the most rewarding churches of north
Warwickshire. It stands in near isolation at Church End, some distance west of
the modern Ansley village (which is practically a suburb of Nuneaton).


The earliest parts of the present building are thought to date from c1050 and
there are substantial Romanesque features such as the chancel arch (with
sculpted capitals) and the north door.


The soaring west tower is 15th century, as is much of the nave, whilst the
chancel was extended eastwards in 1760 (the former east window being re-used on
the north side with considerable fragments of medieval glass). The final
addition was the north aisle and nave arcade of 1913.


The church is sadly normally kept locked, but is worth trying to see inside,
particularly for it's stained glass, specifically the medieval glass in the
Georgian chancel (possibly by Thornton of Coventry) and the spectacular west
window by Karl Parsons, one of the finest Arts & Crafts windows in
existence. 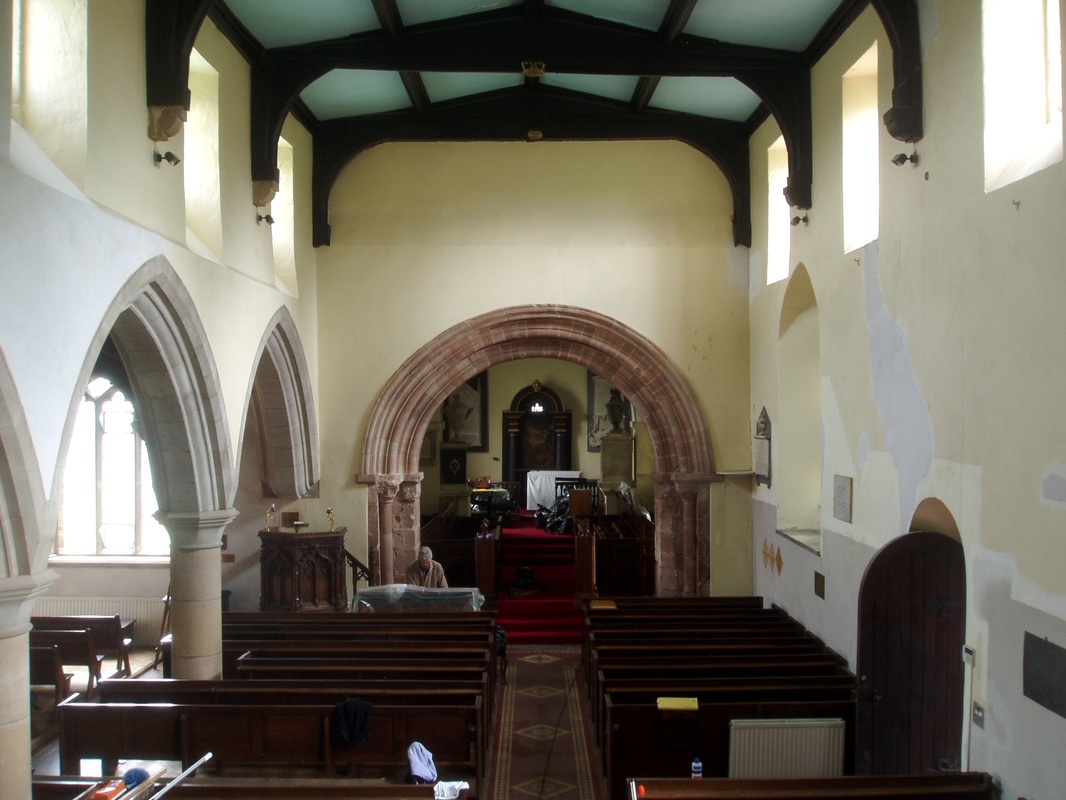 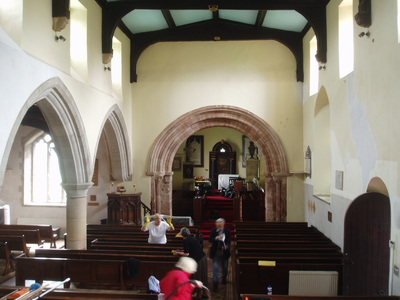 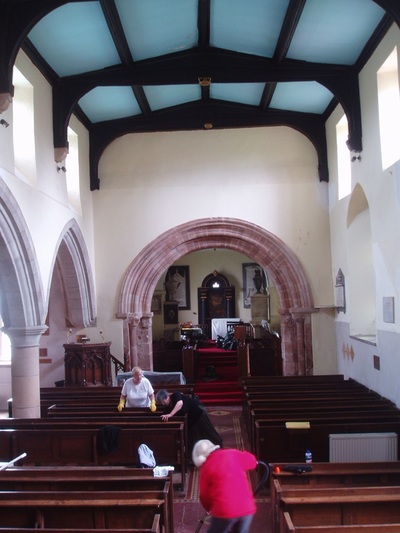 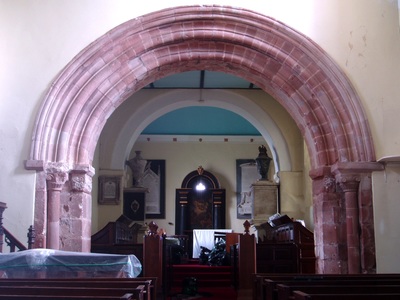 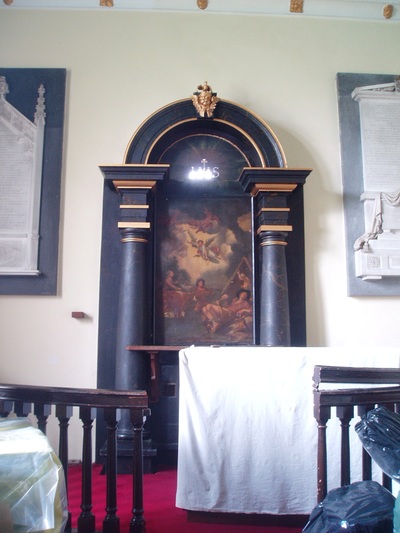 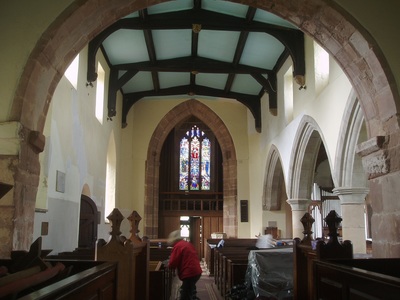 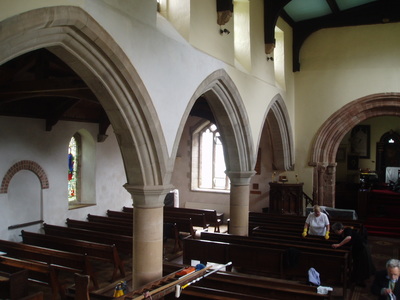 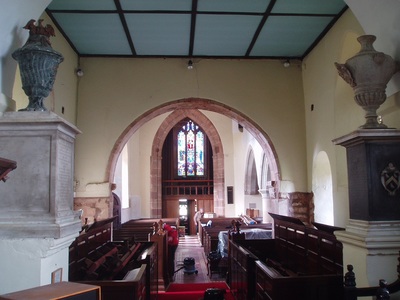 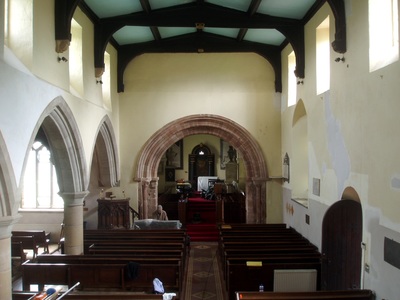 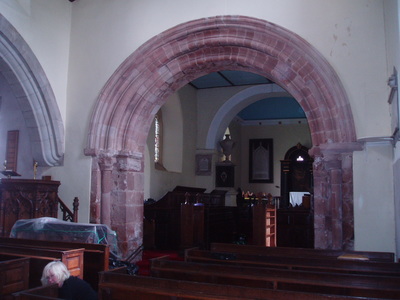 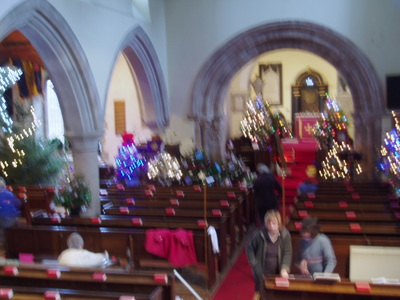