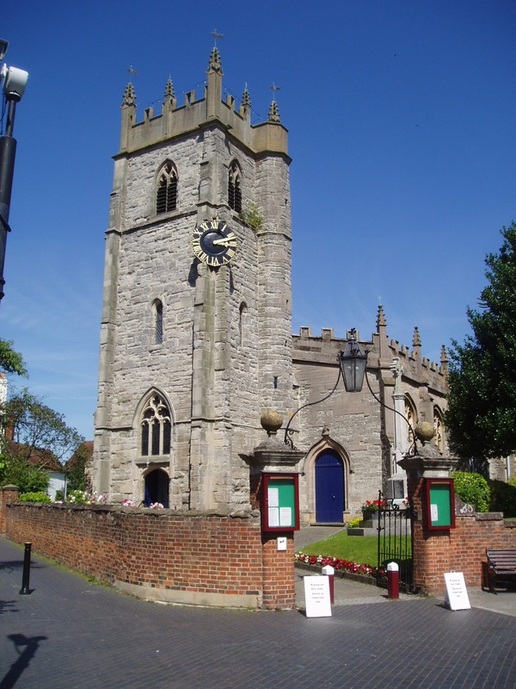 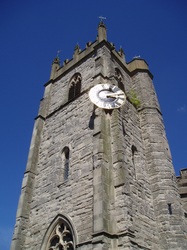 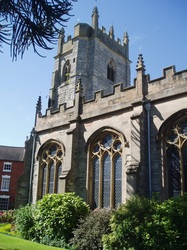 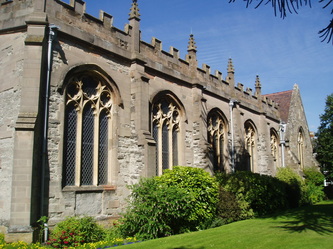 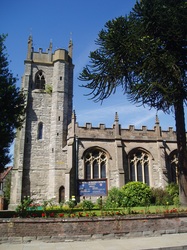 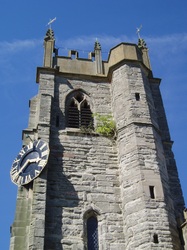 St Nicholas's in Alcester has the grandeur befitting the main church of a
small town, but all that survives of the medieval building is the tall west
tower, the rest was rebuilt in the Georgian period in a strange fusion of gothic
(exterior) and classical (interior) by Thomas Woodward of Chipping Campden in
1729-30. There was further alteration when Frederick Preedy rebuilt the chancel
in 1870-1 and inserted the tracery in the nave windows, which gives the main
body of the church a more Victorianised appearance. 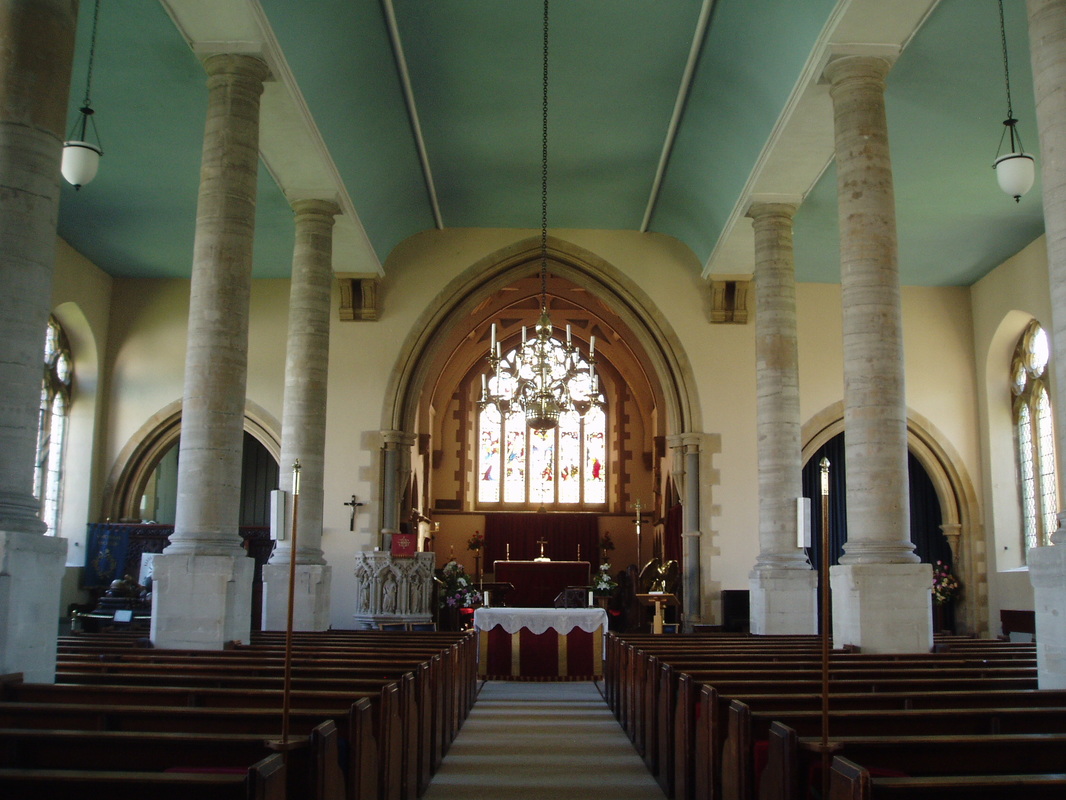 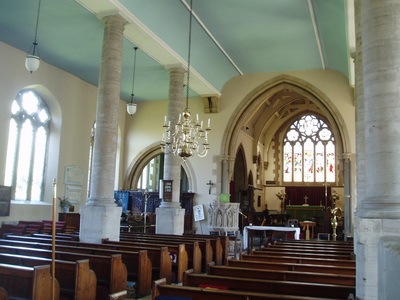 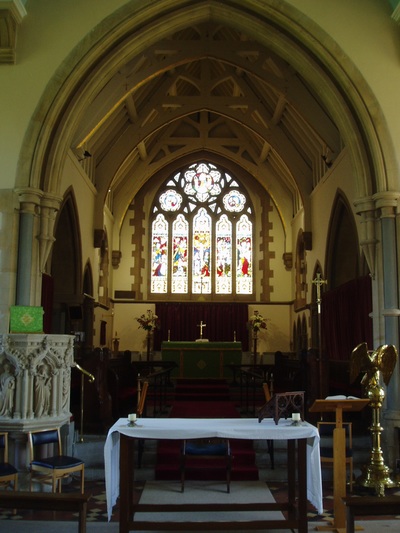 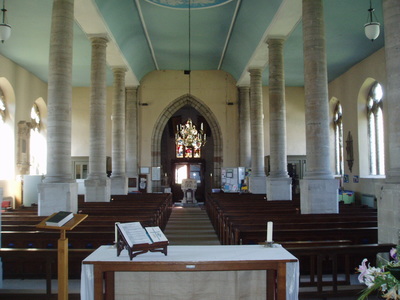 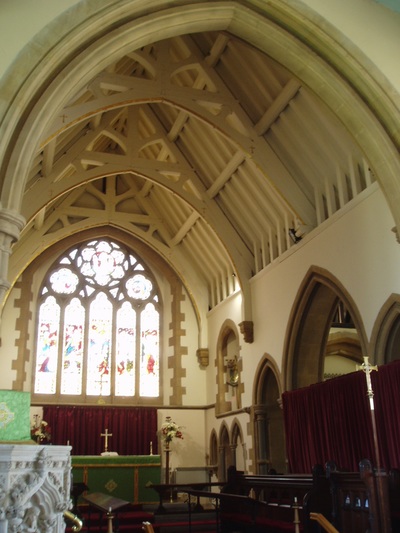 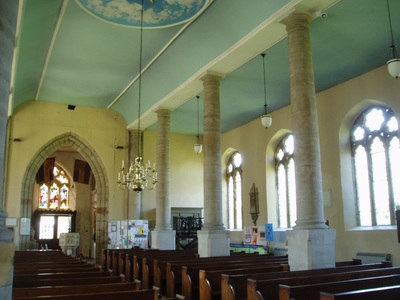 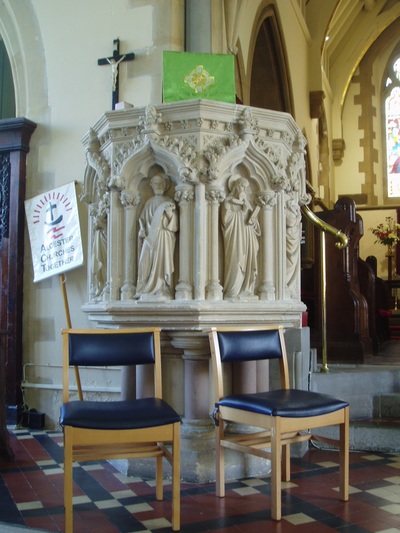 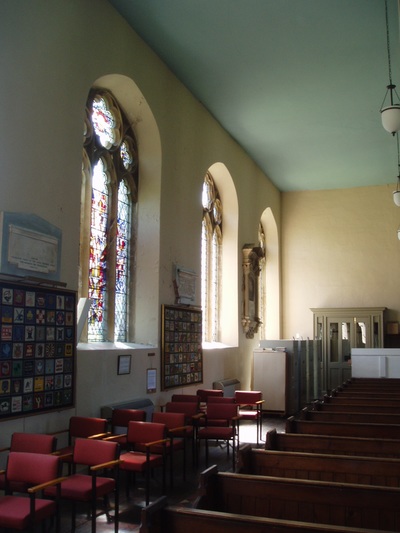 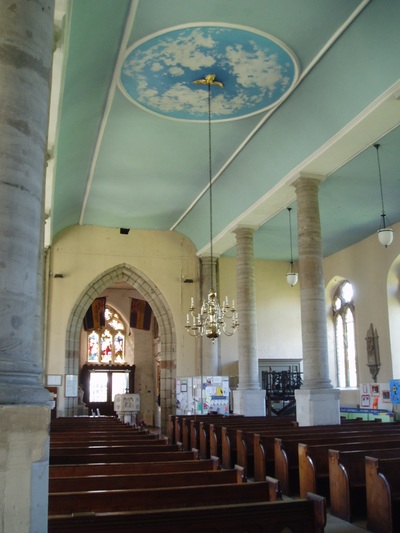 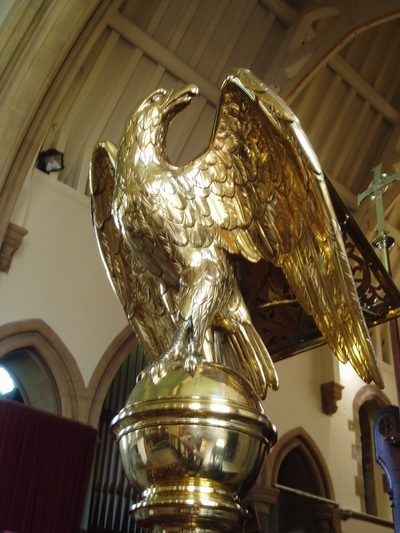 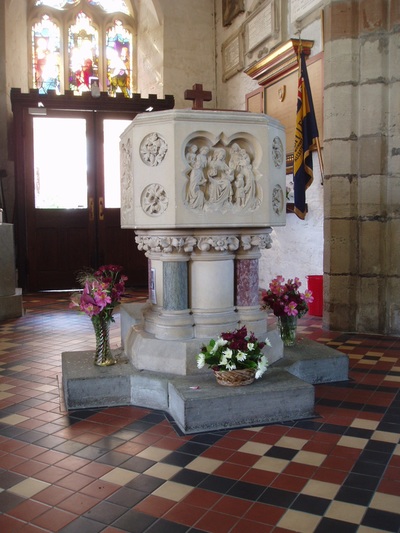 Inside the nave retains it's plain classical columns and flat plaster ceiling and is somewhat austere, relieved by the central chandelier suspended from a
gilt cherub.


The most remarkable feature is the late Tudor tomb of Sir Fulke Greville and
his wife in the north aisle from 1559. The deceased are represented by recumbent
effigies with many children portrayed on the sides of the tomb chest below, all
in a good state of preservation with what appears to be original colouring.


There is also a fine monument by Sir Francis Chantrey to the 1st Marquis of
Hertford in the south transept from 1828 with a reclining effigy.


There is fairly ordinary Victorian stained glass in the chancel, the church's
best window is a modern piece from 1997 by Alan Younger in the south aisle.