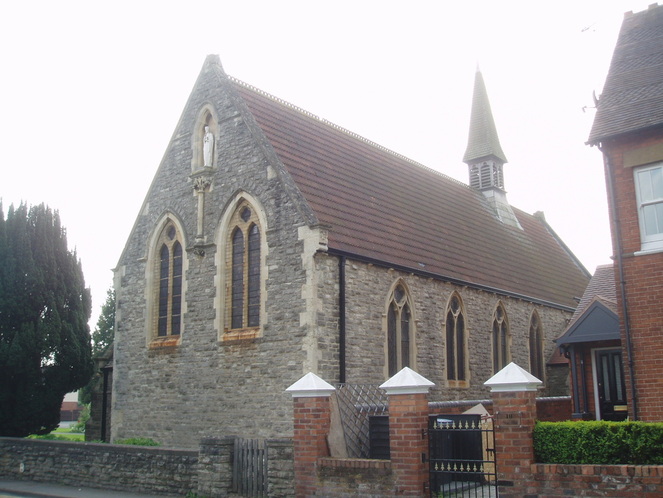 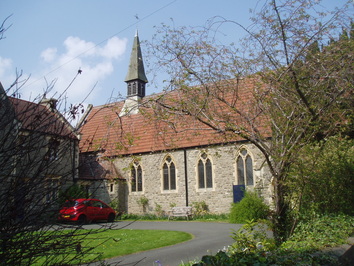 I had visited Alcester's medieval and later parish church a few times,
however I'd not previously checked out Our Lady & St Joseph's Roman Catholic
church so aimed for that instead.

The church was built in 1889 and
a fairly simple building, with only nave and spirelet visible externally (the
chancel being engulfed by adjacent buildings). I found it open and smelling of
incense with a smoky haze. An attractive interior, very much of it's time and
full of devotion. The glass is (of course) by Hardman's, except for the unusual
windows in the (liturgical) west wall, best viewed from the organ gallery, which
are 19th century Belgian work very reminisicent of late medieval Flemish
engravings in style, made by a studio in Brussels. 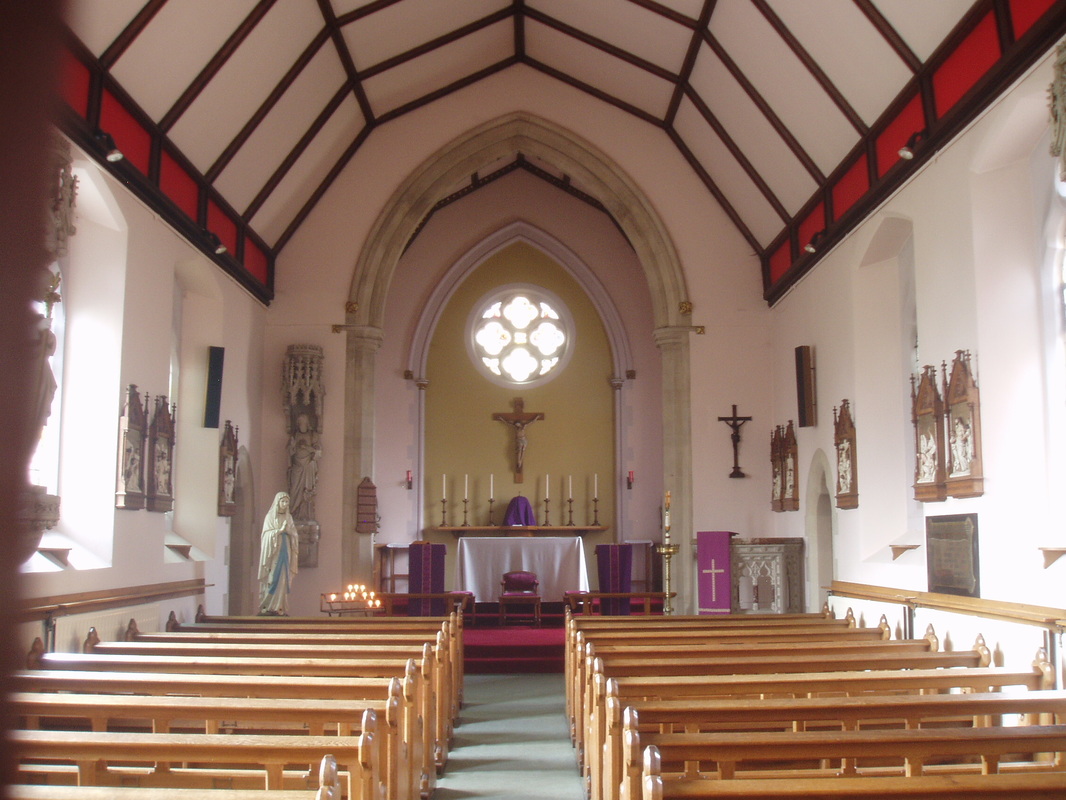 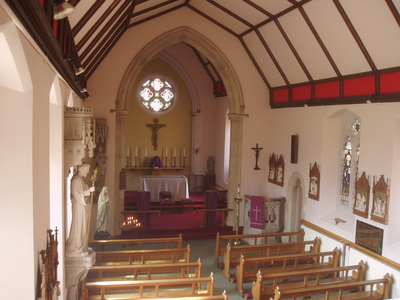 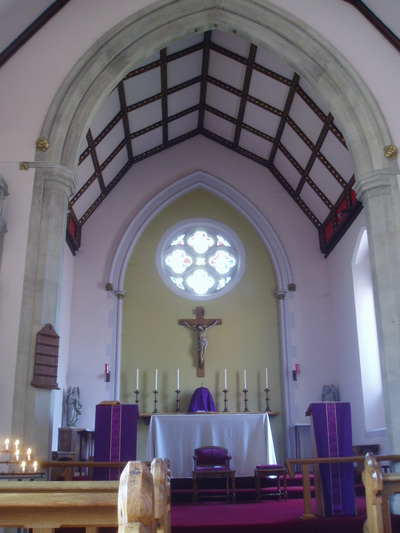 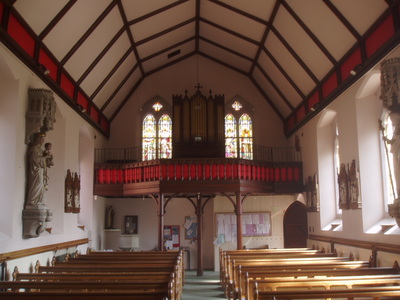 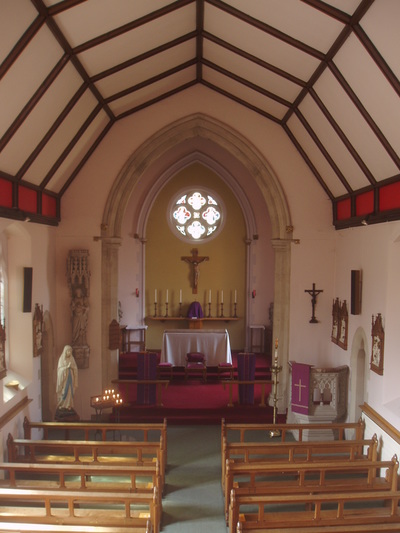 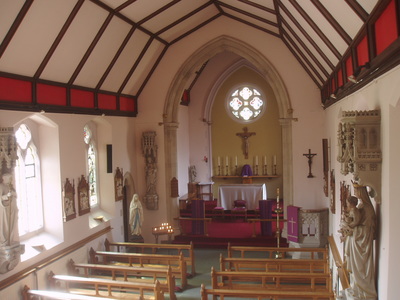